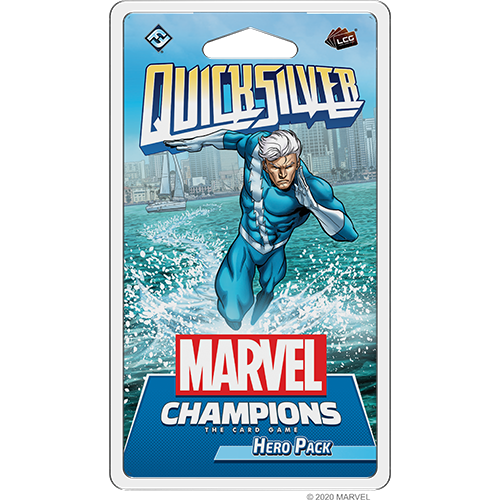 The fastest man on Earth may have a checkered past, but Pietro Maximoff now uses his super speed to fight alongside the Avengers as Quicksilver. You'll soon get the chance to test his speed for yourself: Fantasy Flight Games is proud to present the Quicksilver Hero Pack for Marvel Champions: The Card Game!

There's no one faster than Quicksilver, and he's ready to race into your roster of heroes. Like every Marvel Champions Hero Pack, this expansion features a pre-built 40-card hero deck that's ready to play right out of the box, featuring Quicksilver and the Protection aspect, along with a smattering of new cards for every other aspect in the game. Whether you're playing as Quicksilver or using these cards to enhance another hero's deck, you won't want to let this Hero Pack pass you by!