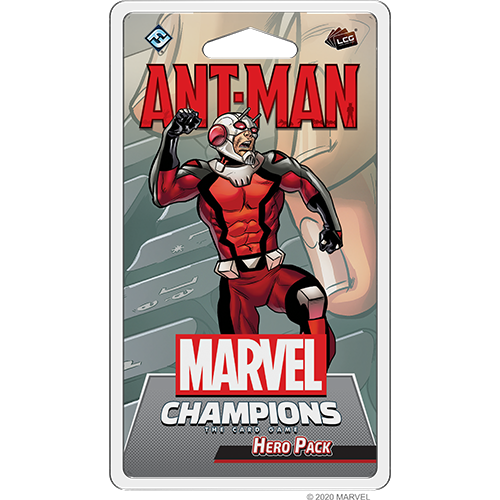 When his daughter Cassie contracted a serious illness, Scott Lang drew on his checkered path as a thief and stole the Ant-Man suit to get his daughter the help that she needs. Now, Scott wears the Ant-Man suit full-time, and whether he's growing to gigantic sizes or fighting alongside his armies of ants, he's ready to take down the villain wherever they may be lurking.

If you want to change your form at every opportunity, then Ant-Man is the ideal hero for you. Like every Hero Pack, the Ant-Man Hero Pack offers a 40-card pre-built deck that's ready for you to play straight out of the box, featuring Ant-Man and the Leadership aspect. And of course, you'll also find plenty of cards for any hero to use if you prefer to construct your own decks.