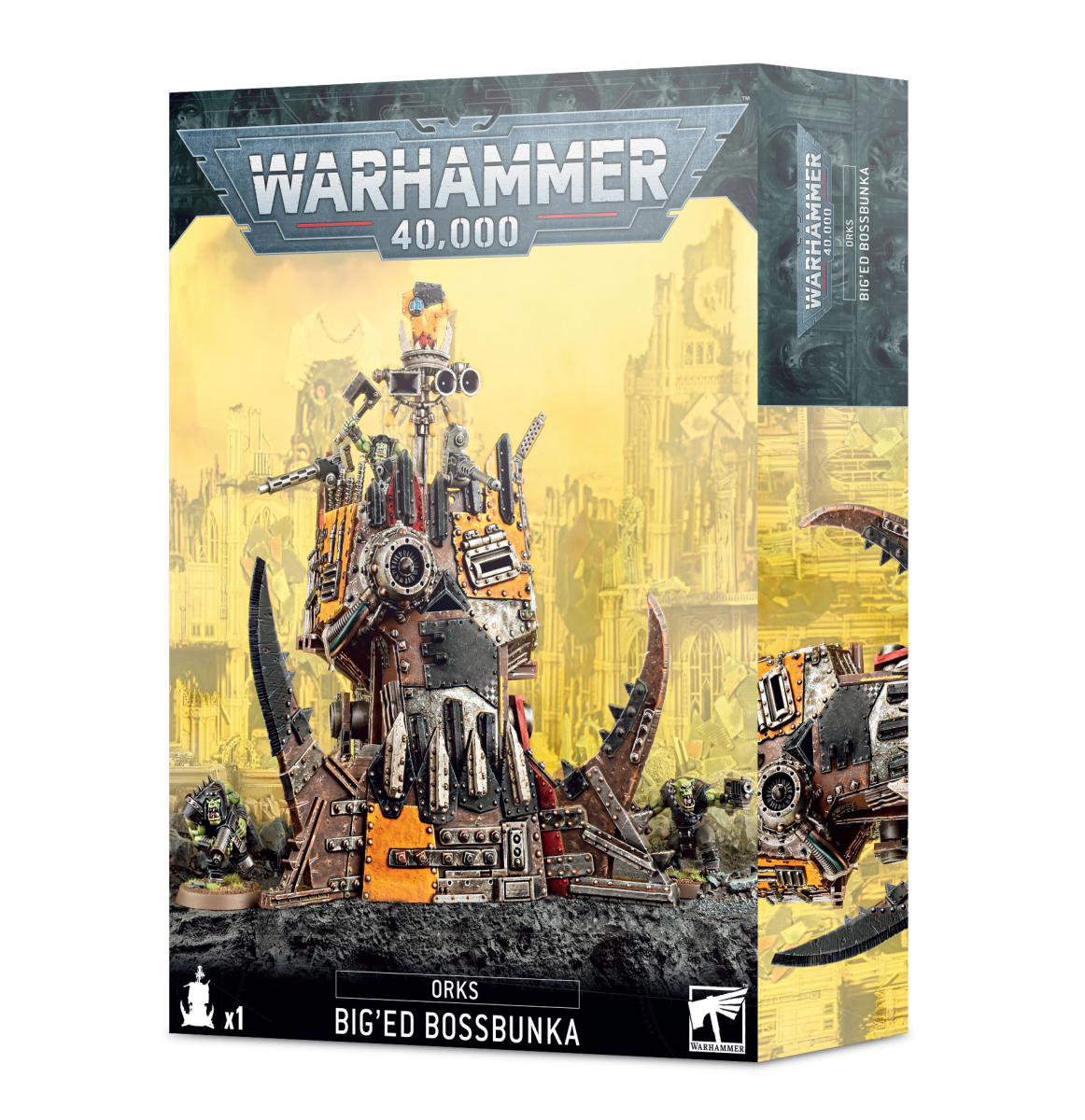 Ork warbosses are usually stationary for only two reasons. One is when they are giving an enemy  or an unlucky grot  a good hiding, and the other is when they are shouting at their Boyz to give the foe a good krumpin'. The Big'ed Bossbunka provides the perfect place to holler from given its bosspole, which is outfitted with a very loud PA system.

Constructed from the head of a repurposed Ork Gargant, the Big'ed Bossbunker gives your Warboss a way of directing the many rowdy Boyz under his command. If they misbehave, or if anyone attempts to unseat the Warboss, they will need to contend with a slew of shots from the Big'ed Bossbunker's big shoota and the Gaze of Gork  a weapon constructed from a jet engine that has been bashed into one of the Gargant's eyes.

This multi-part plastic kit is comprised of 27 components, and can be assembled into one Big'ed Bossbunker. This miniature is supplied unpainted and requires assembly  we recommend using Citadel Plastic Glue and Citadel paints.