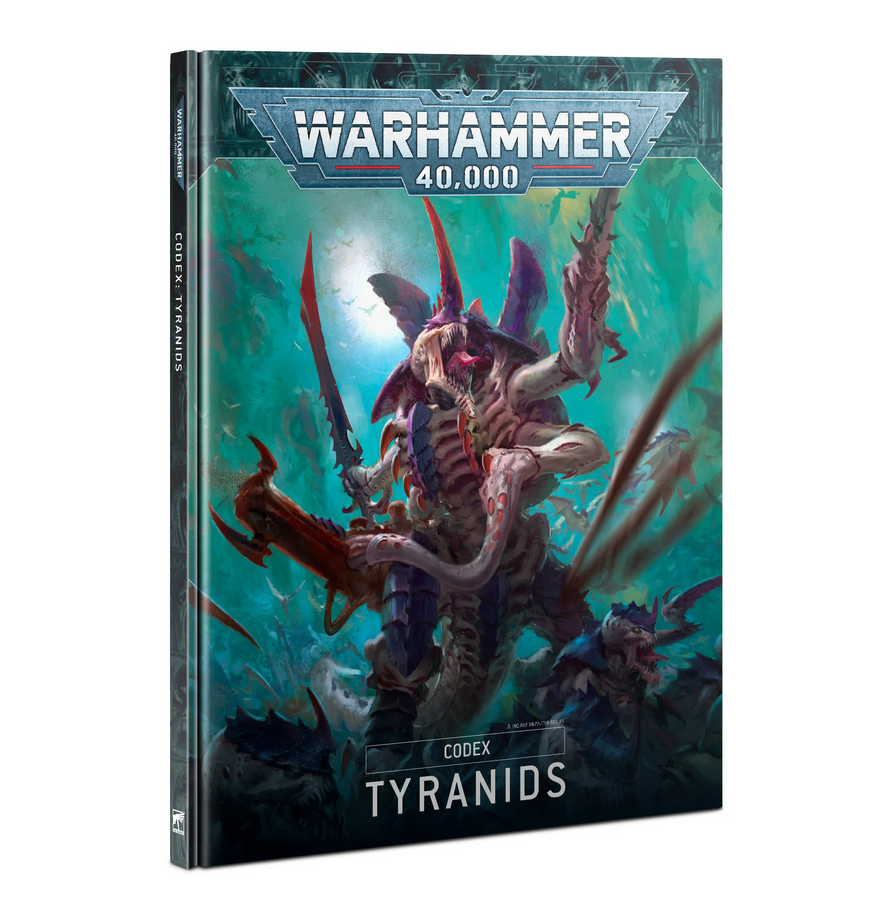 The Tyranids are on their way. Teeming hordes of fanged horrors will soon descend, and alongside their spores, claws, and biological weapons, they're bringing a brand new codex with them.

Nobody embodies the ferocity and strength of a Hive Fleet better than the Hive Tyrant, which takes pride of place on this awe-inspiring cover. An oppressive rain of spores and flying bioforms blankets the background, blocking out the sun and perfectly encapsulating the overwhelming horror of a Tyranid invasion.

Inside the book you'll find fully updated rules for the Tyranids and their key hive fleets, as well as background information leading from their first contact with mankind right up to the present day's apocalyptic Octarian War. Despite the Imperium's best efforts, Hive Fleet Leviathan runs rampant, and it seems that not even the largest Ork empire in the galaxy can stop them.

As befits a new codex, there'll be a wealth of rules content from Stratagems and Warlord Traits to Hive Fleet adaptations and the return of Synaptic Link abilities. You'll also be able to take your fleet on a Crusade campaign of its own, and while we can't say anything about the specifics just yet, it's safe to say you'll be doing the complete opposite of any local T'au Empire players.