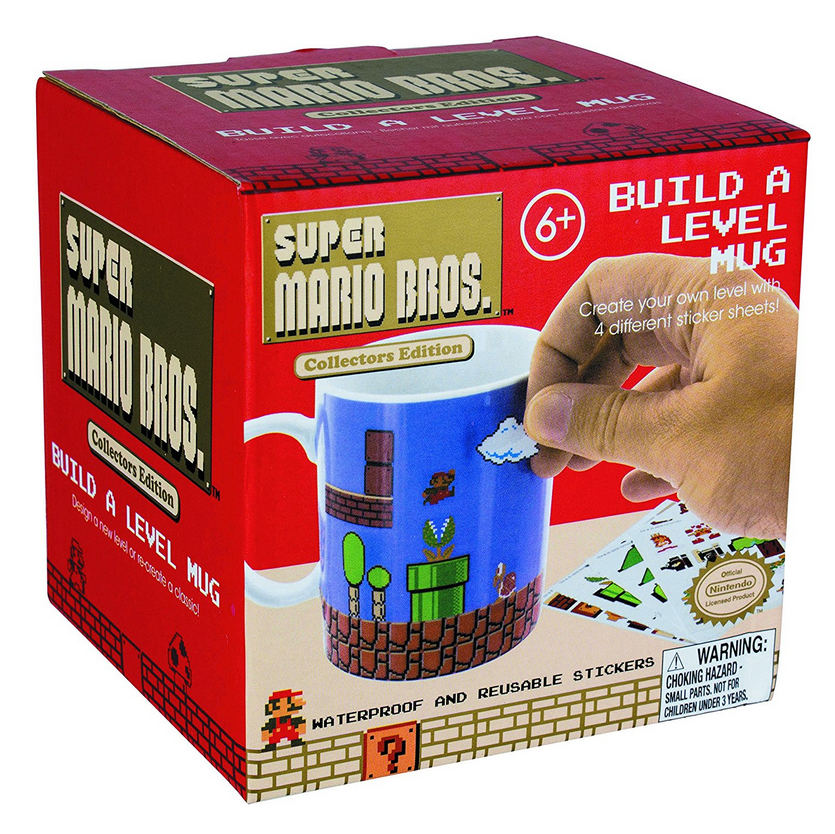 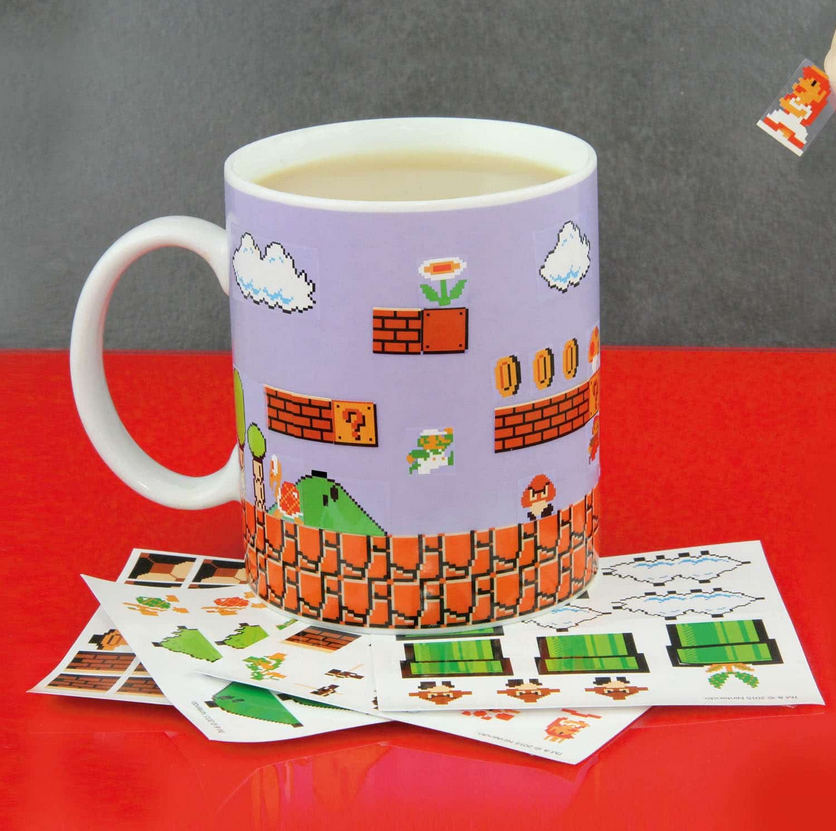 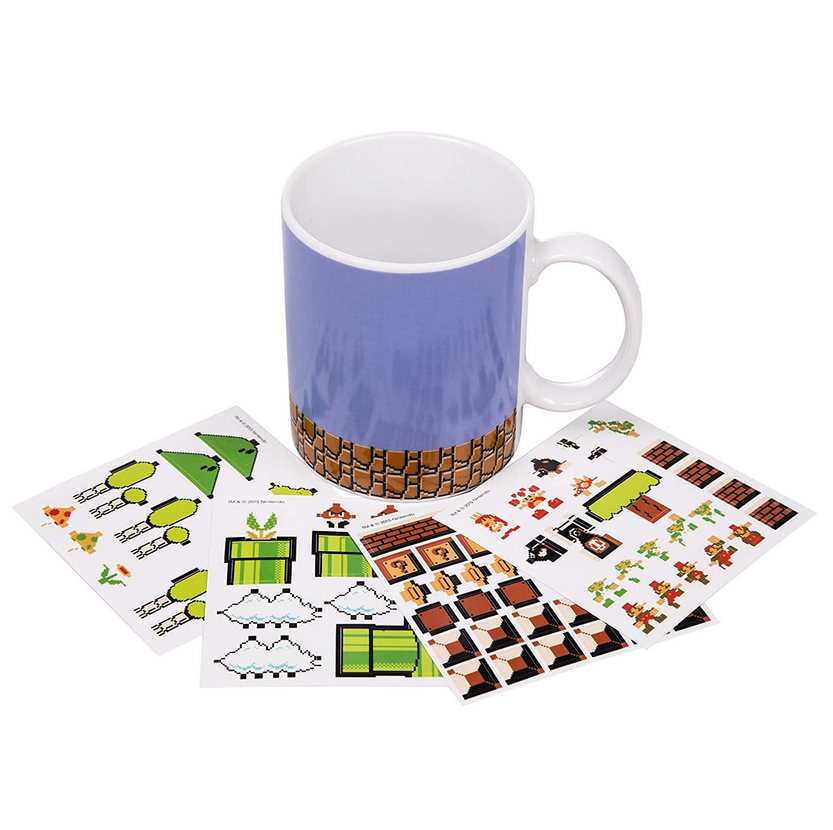 Power up and play with this completely customizable Super Mario Bros. Build A Level Drinking Mug.

With 4 sheets of stickers included, you can mix and match to create brand new designs and change them as often as you like. All the stickers are waterproof and reusable, so have more than a break, have a good old fashion playtime when settling down with a mug of your favourite pick-me-up!

A great gift for any Mario fan, the mug is inspired by the classic video games first released in the 1980s. The Super Mario Bros. series of games revolutionized the video games industry, and are regarded as some of the greatest examples of platform gaming. Characters such as Mario and Luigi have become instantly recognizable icons of popular culture, and are fans favourites among generations of gamers. As well as appearing in numerous critically acclaimed video games, including Super Mario 3D World, Mario Kart, and Super Mario Maker, the characters have even featured in various TV series and their own Hollywood movie.

The Super Mario Bros. Build A Level Mug is not suitable for dishwasher or microwave use. Not suitable for children under 36 months due to small parts.

Recommended for ages 6 and above.