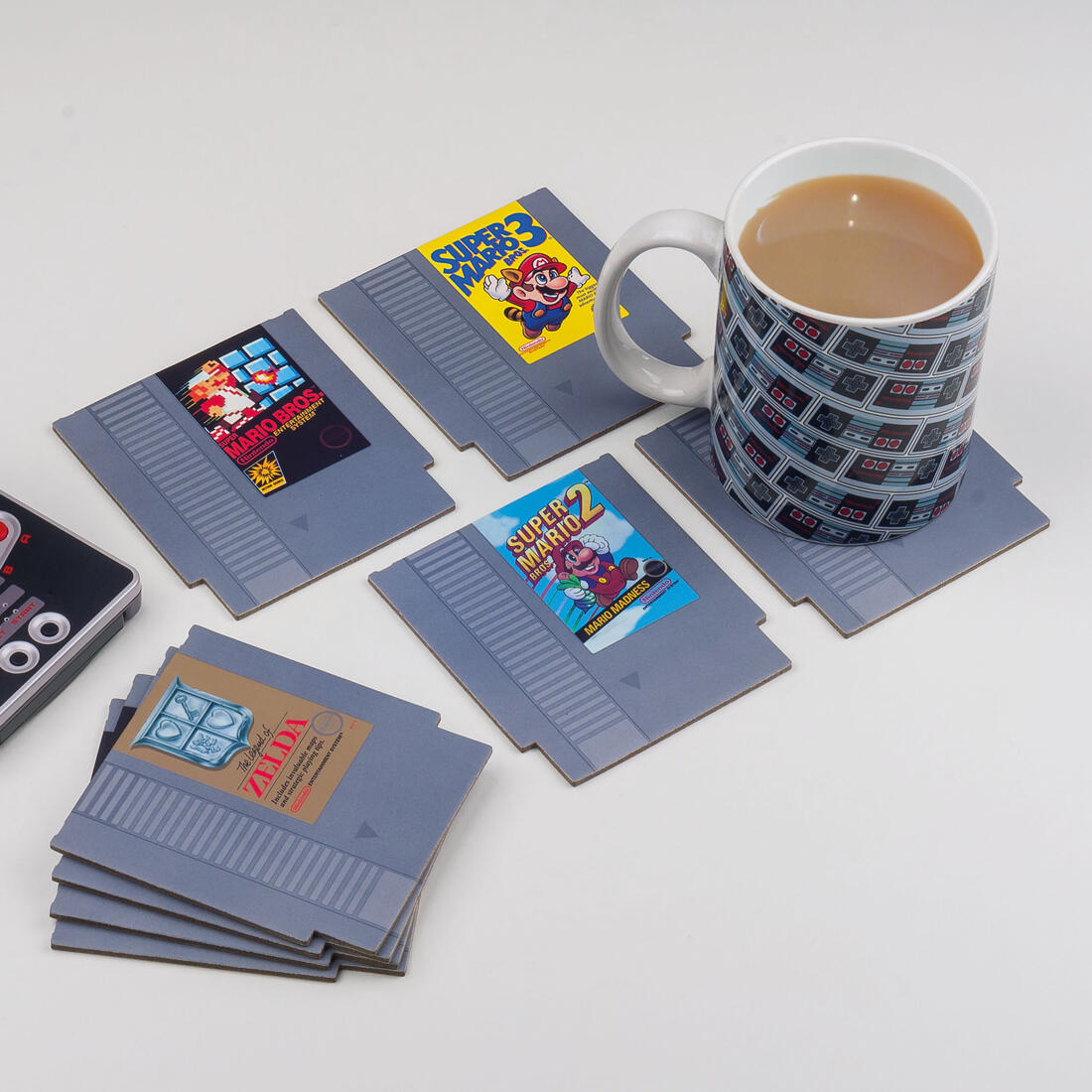 Protect your tables and surfaces with these super-cool NES Cartridge Coasters. The perfect gift for gamers, these fantastic coasters are in the shape and style of classic NES games cartridges. Impress your friends with these wicked retro coasters that feature some of the NES's most iconic games including Metroid, Donkey Kong and The Legend of Zelda. This pack contains 8 double-sided coasters that all feature stylish NES game designs.

Released in the USA in 1985 and Europe in 1986/87 the Nintendo Entertainment System - NES - was one of the most iconic games consoles in the history of gaming. The NES was so successful, with popular games such as Metroid, Super Mario Bros and Donkey Kong, that it is said to have revitalised the US video game industry after the video game crash of 1983. So popular was the NES that in 2009 it was named the single greatest video game console in history by IGN.