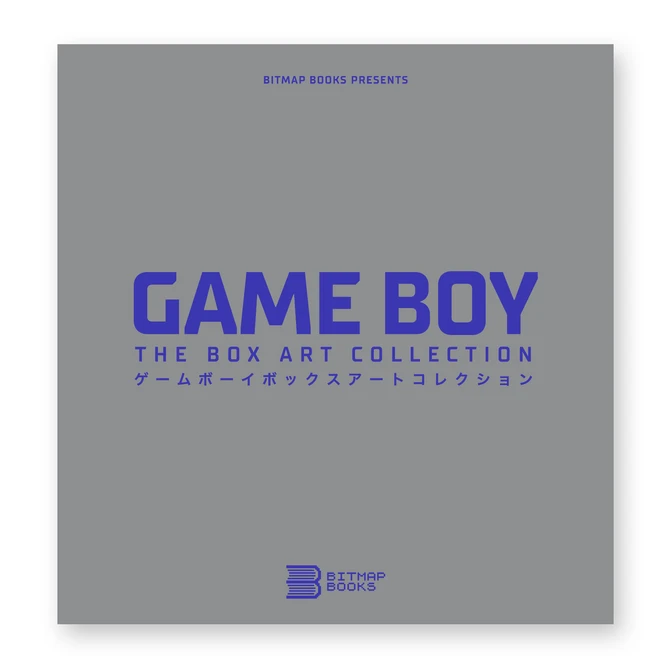 Whether you're an old-school Game Boy fan, or discovering the wonders of Nintendo's million-selling portable system for the very first time, Game Boy: The Box Art Collection is the book for you  it's a vibrant celebration of some of the finest cover artwork for this monochrome marvel, which kick-started the handheld games industry.

Despite the fact that we live in a world where the average smartphone makes the Game Boy look like an abacus, in purely technical terms, Nintendo's trailblazing handheld still manages to capture the attention of gamers all over the world  and flicking through these pages, it's easy to see why. It's home to some of the most famous names in the videogame business, such as Mario, Zelda, Donkey Kong, Metroid, Mega Man, Castlevania, Gradius and Final Fantasy, and many of its best titles hold up surprisingly well by modern standards  with technology this basic, developers of the period needed to make sure the gameplay was compelling and addictive.

We've worked closely with some of the world's most renowned Game Boy collectors to pull together a varied selection of titles that spans both Western and Eastern tastes. We've tried to strike the right balance between the two, and we hope you'll enjoy seeing some familiar pieces of art rubbing shoulders with covers for games you perhaps know from the dim and distant past, but have never before seen presented in the packaging shown here.

The other notable addition is the inclusion of screenshots on each page, giving you the opportunity to see what the games in question actually look like. As if that wasn't enough, we've gone to the extra effort of professionally translating the titles of Japanese games into Romaji  something that, to our knowledge, has never been properly attempted before in any English-language book. Game Boy: The Box Art Collection also includes a foreword by Gameboycameraman, a collector's interview and an extensive feature on the history of the Game Boy.

At 372 pages long, Game Boy: The Box Art Collection also boasts a metallic silver textured cover with a metallic blue foil logo. As with all our books, we use thread sewn binding for extra durability and print lithographically on high-quality paper to showcase the gorgeous visuals as they deserve.