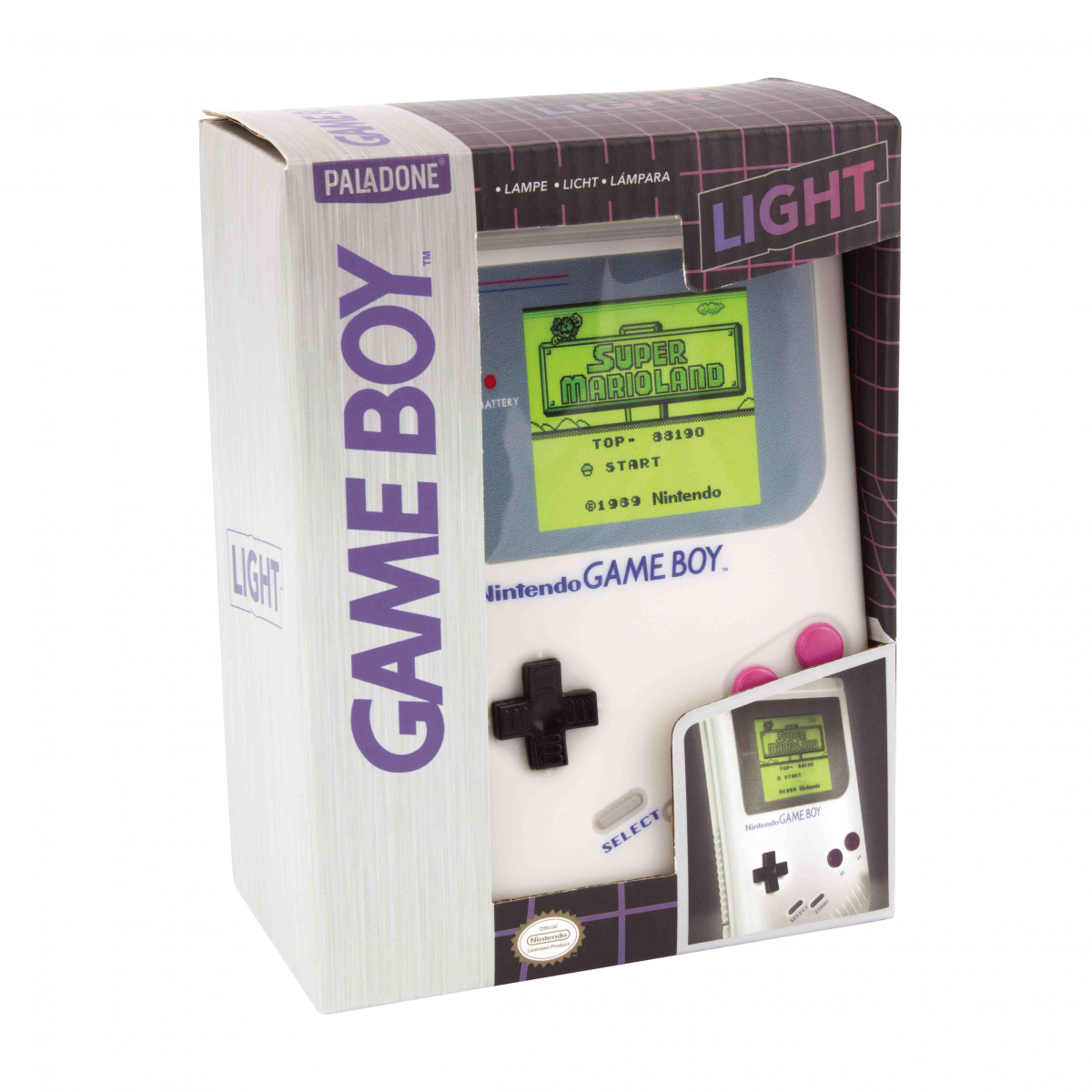 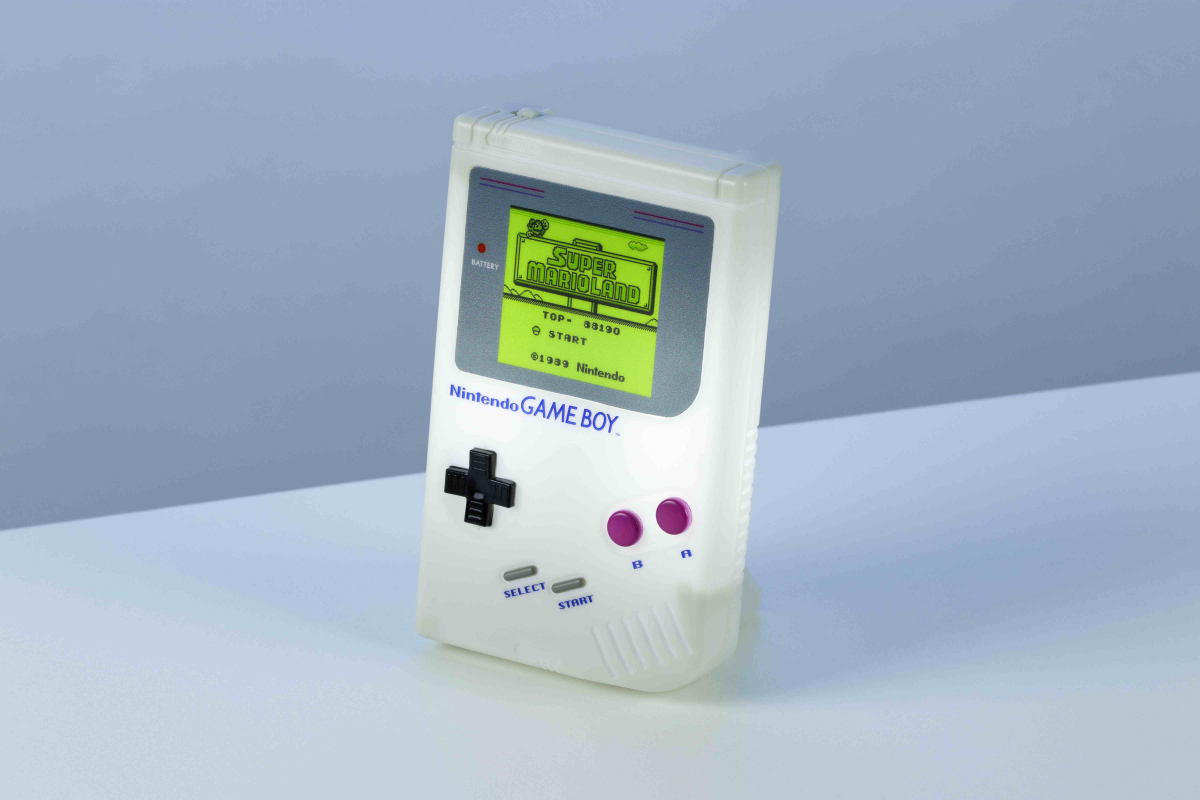 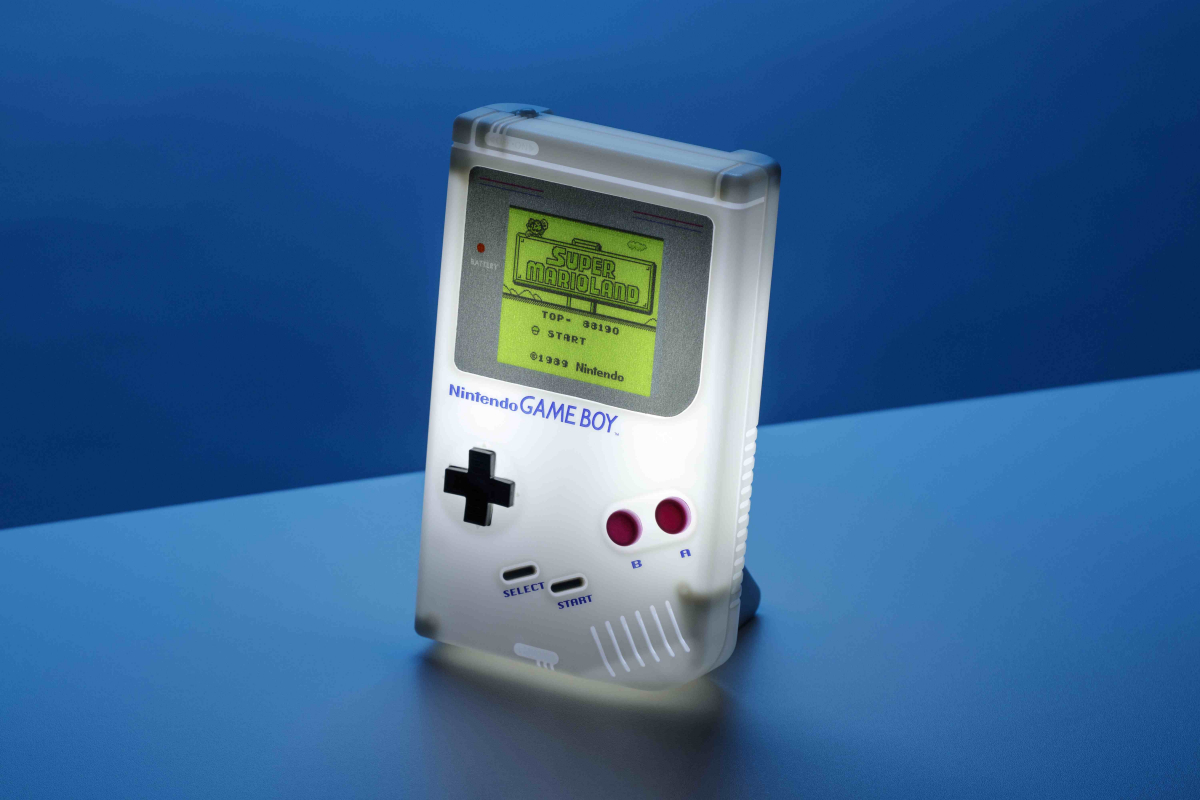 Power up any room with a Game Boy Light  a perfect re-creation of the original Game Boy that provides a great mood light for any bedroom or gaming den.

Inspired by the classic Game Boy, this is a great piece of Nintendo nostalgia for fans and gamers. Battery powered, the Game Boy Light is a cool looking scale replica of the original handheld console that sits perfectly on any desk, shelf or bedside table.

First introduced to the gaming world in 1989 (1990 in Europe), Nintendo's Game Boy revolutionised portable gaming. Instantly becoming a hit across the world, selling over 118 million units, the Game Boy transcended gaming markets to become a definitive pop culture icon of the time. Still hugely popular and highly regarded, the Game Boy led the way for portable gaming, introducing classic games such as Tetris and Pokémon that are still universally popular in modern mobile gaming today. With its retro-cool design, the distinctive build and colour of the Game Boy has widespread appeal among modern gamers and fans of the original alike.

DESIGNED IN THE UK: Designed responsibly in the UK by Paladone, the award winning, global selling, consumer products company.