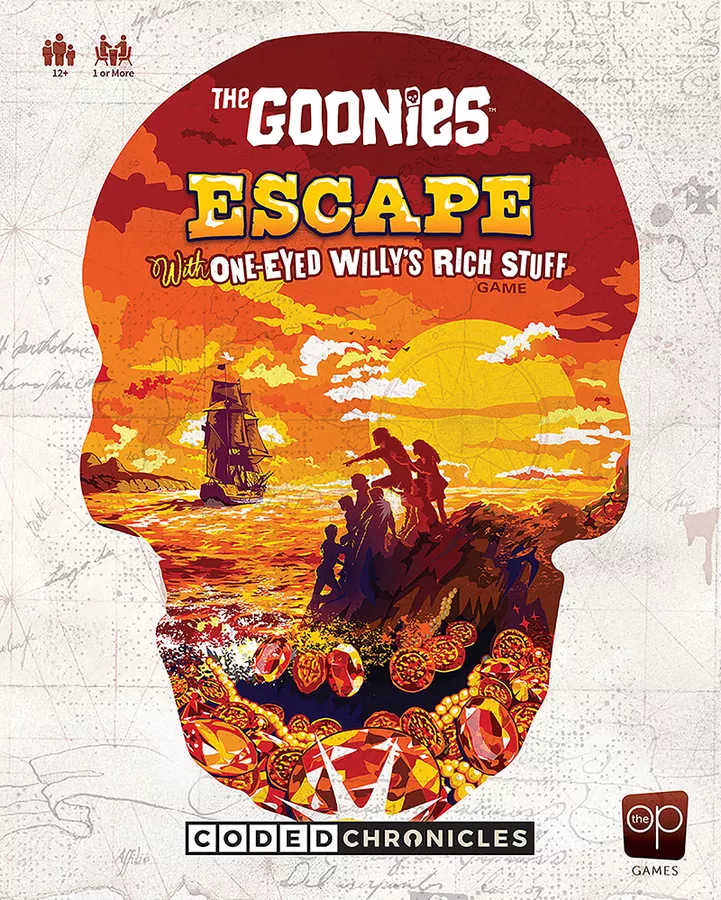 In The Goonies: Escape with One-Eyed Willy's Rich Stuff, you can play as Mikey, Brand, Mouth, Data, Andy, Stef, Chunk, and Sloth and go on a quest for One-Eyed Willy's hidden treasure! Each character offers their own special skill as everyone must decode clues and get the answers needed to reach The Inferno. Just keep the dreaded Fratellis away from adding to the obstacles in this challenge that calls for the gang's collective focus and dedication!

As with the previous releases by designers Jay Cormier and Sen Foong Lim, this "Coded Chronicles" game incorporates a strong narrative storyline from the iconic franchise as a guide for players to work together and unlock new locations and resources using a code-revealing mechanism. Lose yourself in real-time puzzle-solving and swashbuckling suspense, without a time constraint cutting off the fun. After all, "Goonies Never Say Die!"

In more detail, "Coded Chronicles" is an at-home escape room-style game in which players are guided to unlock clues and solve puzzles by a unique code-revealing mechanism. Each game contains its own storyline and objective to offer an unpredictable game play experience!