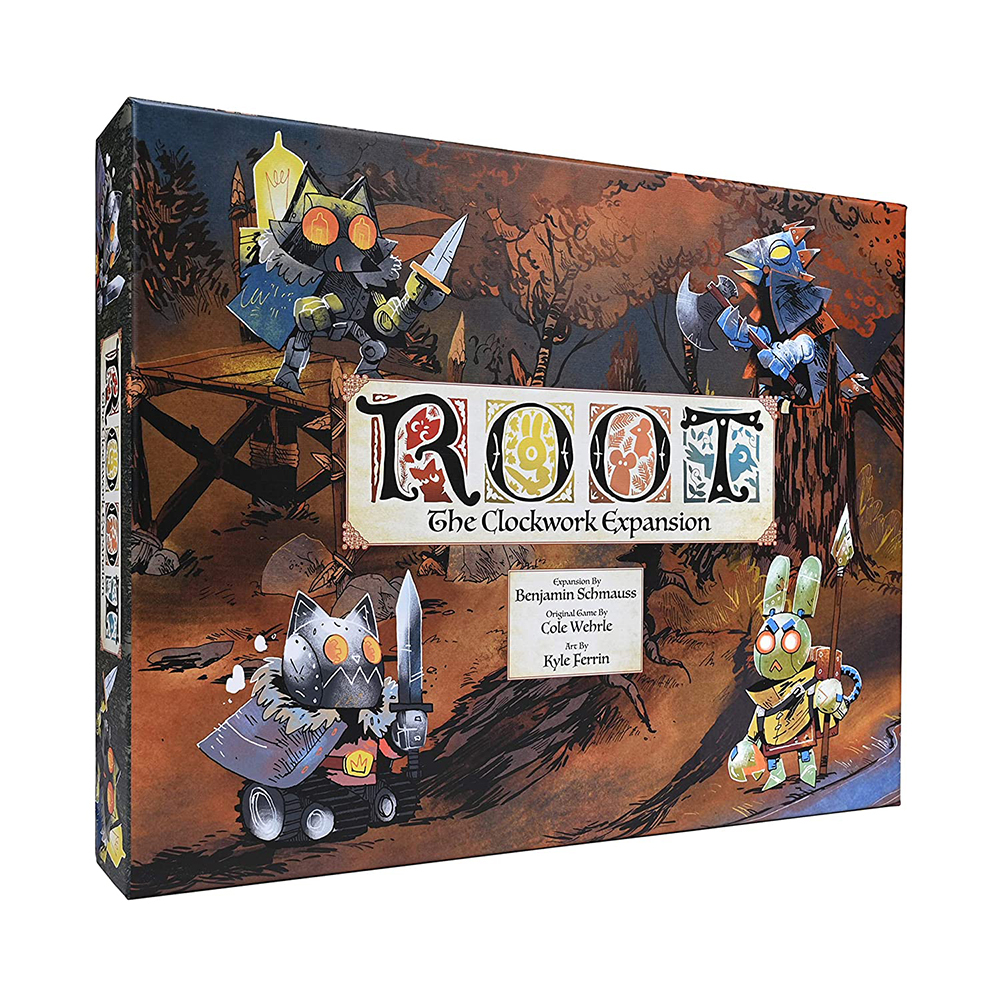 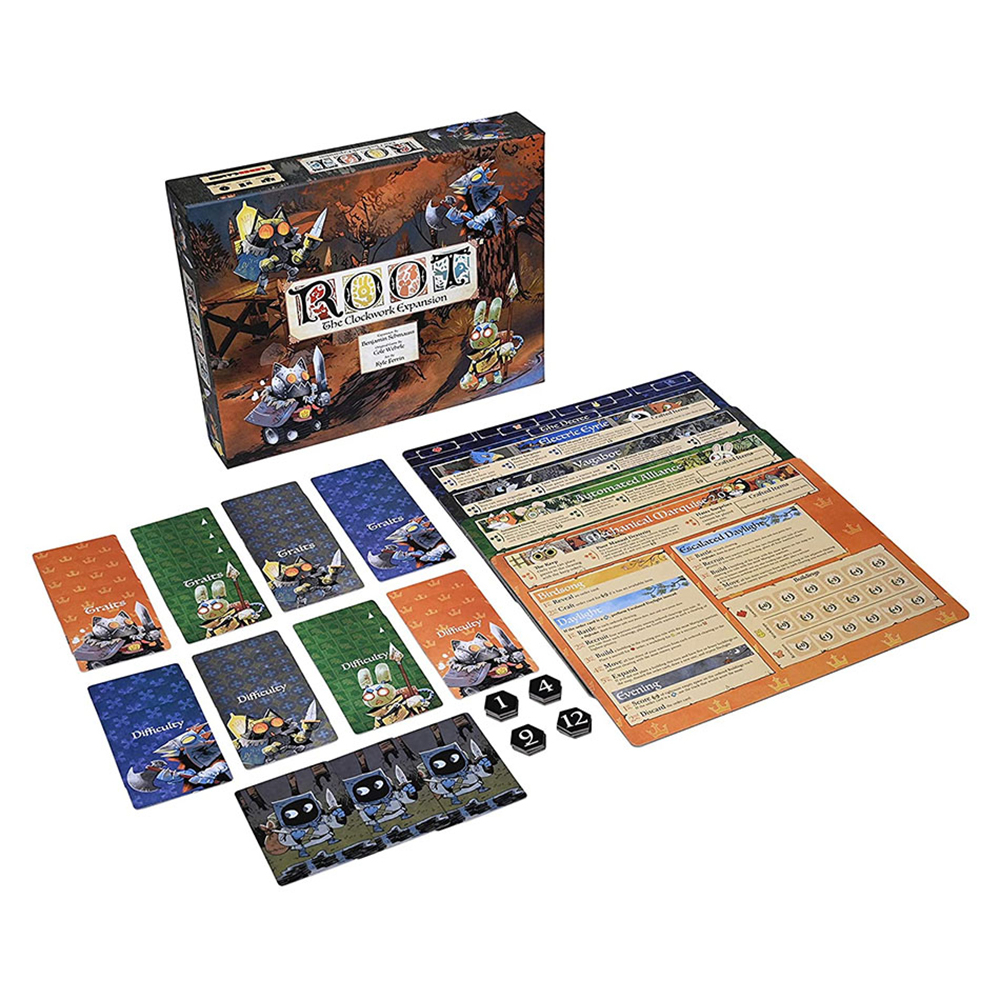 Root: The Clockwork Expansion allows players to square off against four fiendishly automated factions. Insert a faction to round out a low-player count game or team up for co-operative play! Compete against the:

Mechanical Marquise 2.0 - Dodge her marauding patrols as you try to stop her from completing her building tracks.

Electric Eyrie: Shore up the Woodland's defenses against this fearsome invader. If they go unchallenged, the Woodland will soon be flooded with their forces.

Automated Alliance - Police these radicals and raze their bases before a little uprising turns into a massive rebellion.

Vagabot - Hunt the dastardly Vagabot across the many clearings of the game or attempt to court him with items.