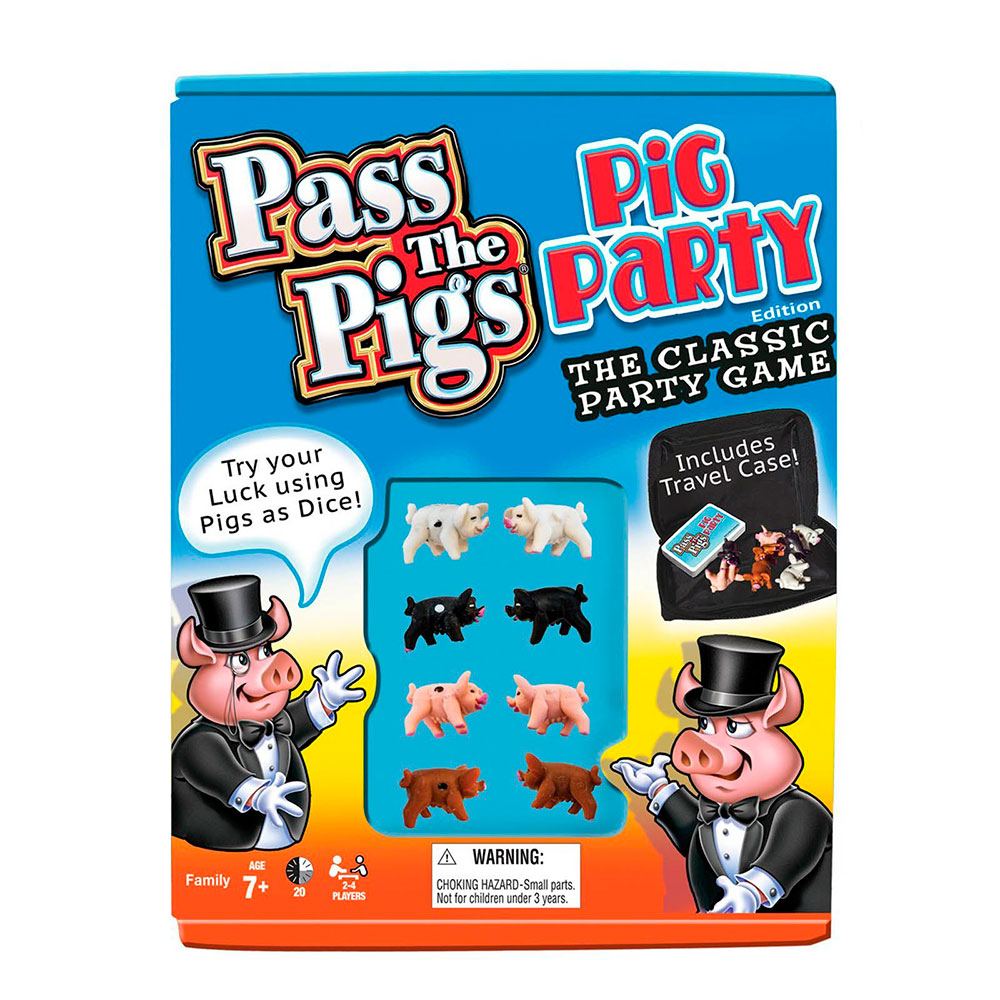 The object is to be the first to score 100 points using "pigs" as dice. On your turn, you throw the pigs and hope they end up in a scoring position such as a "snouter," "trotter," or "leaning jowler" (ranging in value from 1 to 60 points); if they do, you decide whether to "cash" the points (pass the pigs to the next player) or to roll again. If you roll a non-scorer ("pig out" - one pig on the right flank, the other on the left flank; a fairly frequent result), you lose any as-yet-uncashed points. If you throw an "oinker" (both pigs touching each other), you lose your entire accumulated score. If you throw a "piggyback" (one pig on top of the other), you're altogether eliminated!