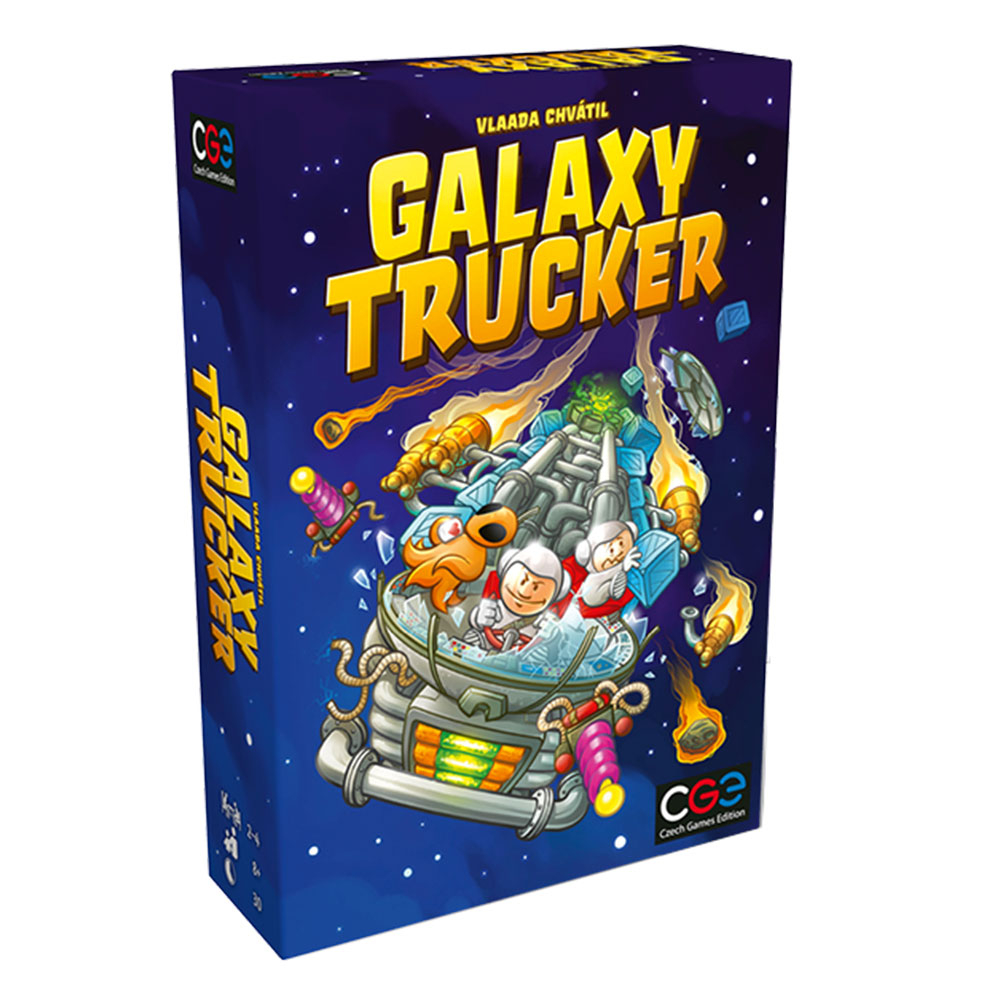 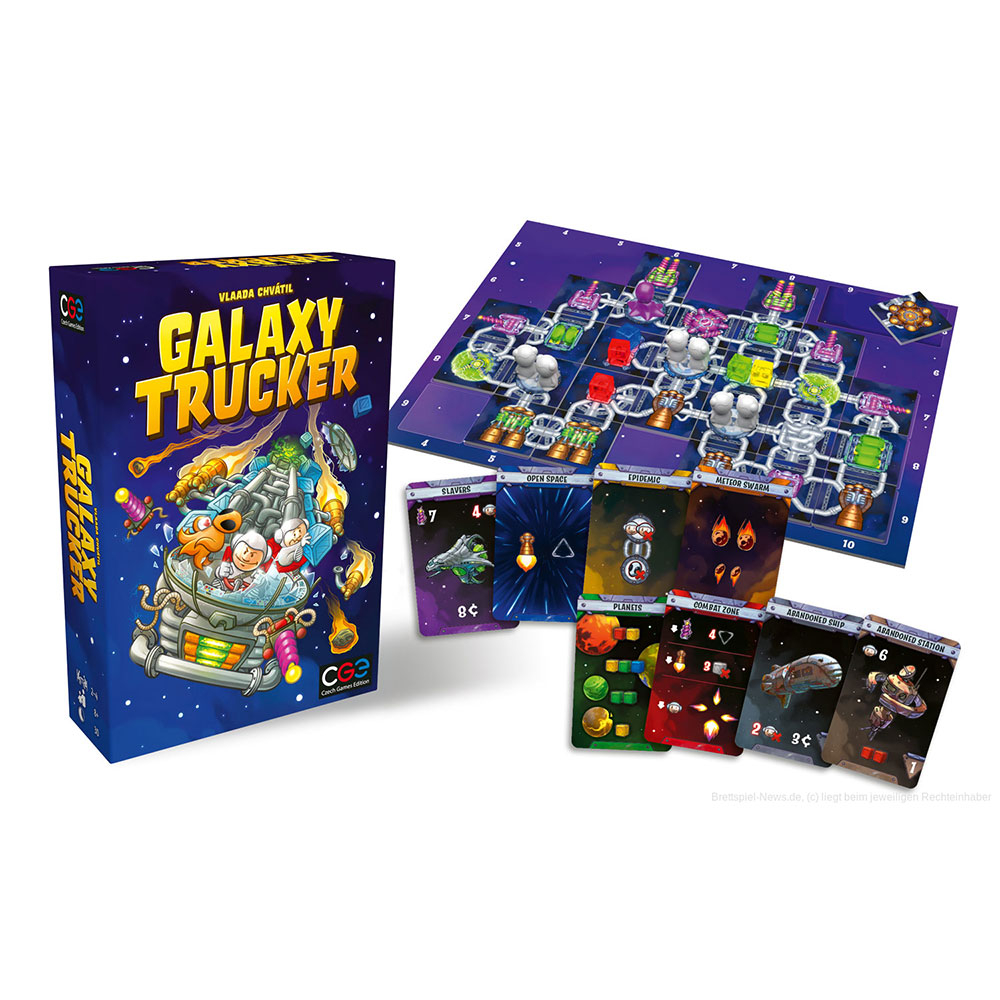 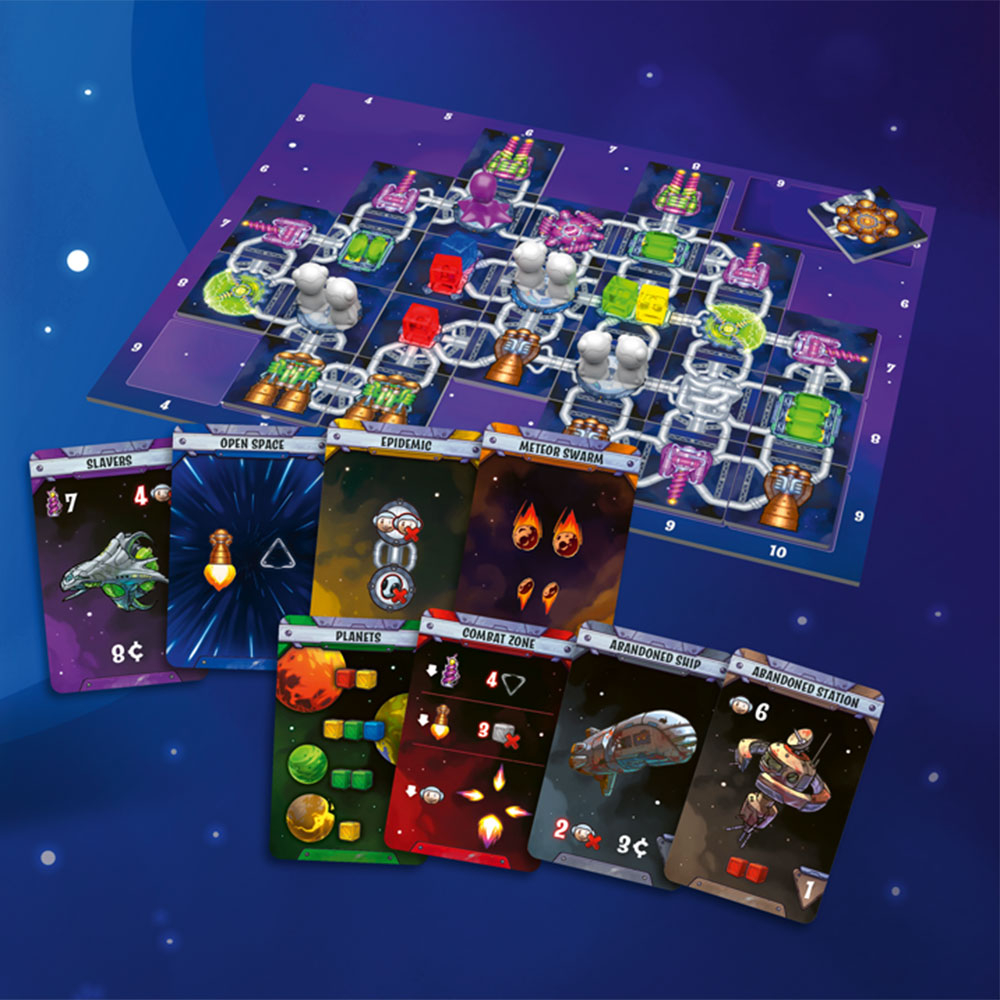 It's our pleasure to announce the upcoming relaunched edition of the ageless classic  Galaxy Trucker!

It's modernised, faster, more accessible, and just as fun as ever!

In the fast and goofy family game Galaxy Trucker, players begin by simultaneously rummaging through the common warehouse, frantically trying to grab the most useful component tiles to build their spaceship  all in real-time.

Once the ships are launched, players encounter dangerous situations while vying for financial opportunities, each hoping to gain the most valuable cargo and finish with as much of their ship still intact as possible. Of course, that's easier said than done since many hazards will send pieces of your ship, your cargo, and your crew hurling into the depths of space.

The goal is to survive the trek  hopefully with at least some of your crew and ship intact  and have at least one credit by the end of the game. (Profit, yay!) Players earn credits by delivering goods, defeating pirates, having the best-looking ship, and reaching their destination before the others.

This version of ''Galaxy Trucker'' is a relaunch of the original 2007 release by Vlaada Chvátil that features new art, more ship tiles, tweaked card effects, and streamlined gameplay that consists of only a single flight through space. That said, should you want a longer, more challenging experience, you can play a three-flight campaign known as the "Transgalactic Trek".