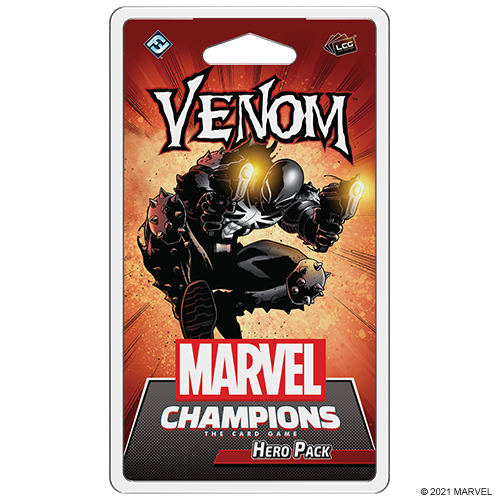 MC20
A wartime veteran and an old classmate of Peter Parker, Flash Thompson was fused with the Venom symbiote during Project Rebirth 2.0, the U.S. government's second super-soldier program. Now, Venom travels the galaxy, using his exceptional abilities to take down the forces of evil wherever they may be.

As another member of the Guardians of the Galaxy, Venom swings into action in this expansion pack, which introduces Venom as a brand-new playable hero along with his fifteen signature cards. With a pre-built Justice deck ready to go from the moment you open the box, you'll be able to try out Venom's impressive arsenal right away. Rush in guns blazing and tear your way through the villain's schemes with this high-powered hero!