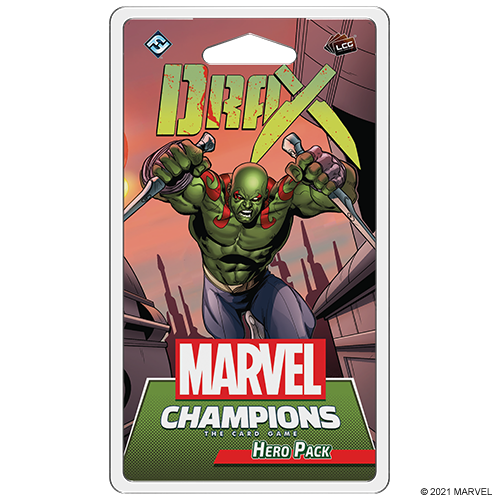 Killed by Thanos in a wicked act of cruelty, Arthur Douglas was reincarnated as Drax, a knife-wielding warrior with a thirst for vengeance. Now a member of the Guardians of the Galaxy, Drax travels far and wide, driven and determined to put an end to the mad titan once and for all.

As a member of the Guardians of the Galaxy, Drax charges into the scene with unrelenting fury in this expansion pack, which introduces Drax as a brand-new playable hero, along with his fifteen signature cards. With a pre-built Protection deck ready to go, you'll be able to try out Drax's unique vengeance-fueled gameplay from the moment you open the box. Punish the villains who wrong you and show them why Drax is a force to be reckoned with!