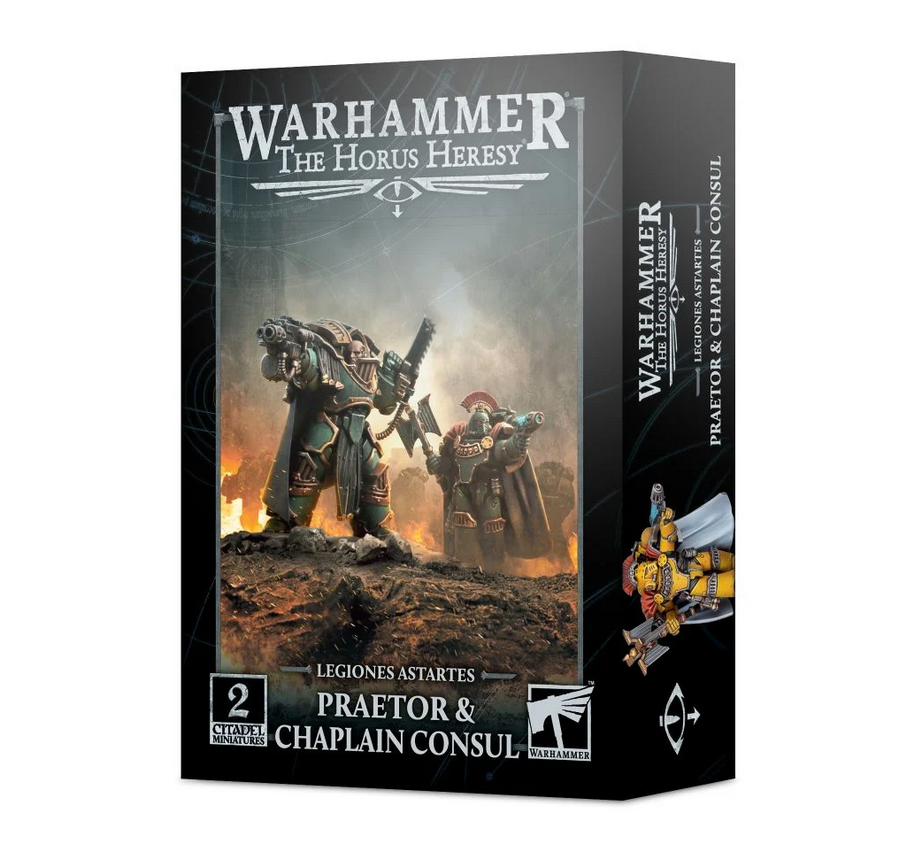 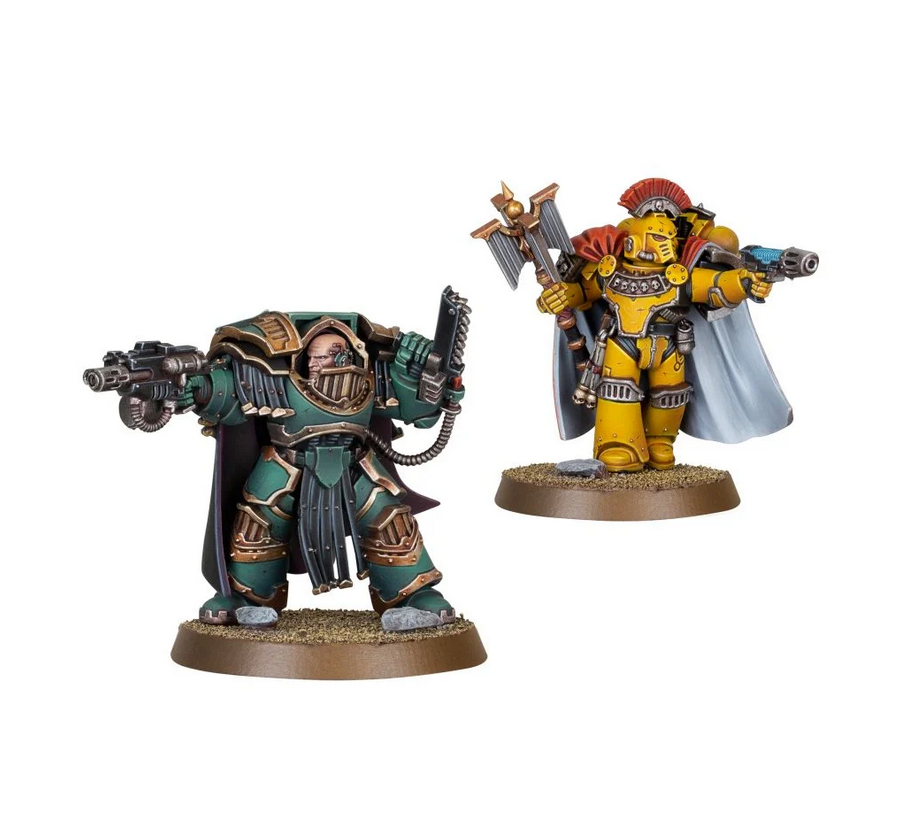 Praetors are the mightiest warriors and battle-leaders of the Space Marine Legions, second only to the god-like Primarchs in martial skill and generalship. Those that choose to march to war clad in Cataphractii Terminator armour place great value in its enhanced resilience, which can stoically weather even the heaviest of incoming fire. These hulking warlords stride into the thickest fighting, leading their warriors to victory across hundreds of battlefields.

The Chaplain Order, established towards the end of the Great Crusade, was intended to create a cadre of fearsome veteran warriors who would enforce a cohesion of doctrine and belief in the scattered and increasingly idiosyncratic Legions. These officers are a fanatical exemplar of the martial oaths of the Astartes, wielding their deadly badge of office – the Crozius Arcanum – as they inspire their allies on the battlefield.

This multipart plastic kit builds one Legion Cataphractii Praetor and one Legion Chaplain Consul. These each make ideal leaders for a Legiones Astartes force, and can lend support to larger armies where needed. Clad in formidable Cataphractii Terminator armour, the Praetor can survive a barrage of firepower to strike back with his roaring chainfist and devastating combi-melta. He can alternatively be fielded as a Legion Cataphractii Centurion. The Legion Chaplain Consul rouses his comrades into an unyielding fury, armed with a plasma pistol and an ornate Crozius Arcanium. These models have no Legion markings, allowing Warhammer hobbyists to paint them in whichever colours they choose – however, the box includes a transfer sheet with 339 optional markings and iconography for the Sons of Horus and Imperial Fists Legions.

This set comprises 12 plastic components, and is supplied with a Citadel 32mm Round Base, a Citadel 40mm Round Base, and a Legiones Astartes Infantry Transfer Sheet. These miniatures are supplied unpainted and requires assembly – we recommend using Citadel Plastic Glue and Citadel paints.