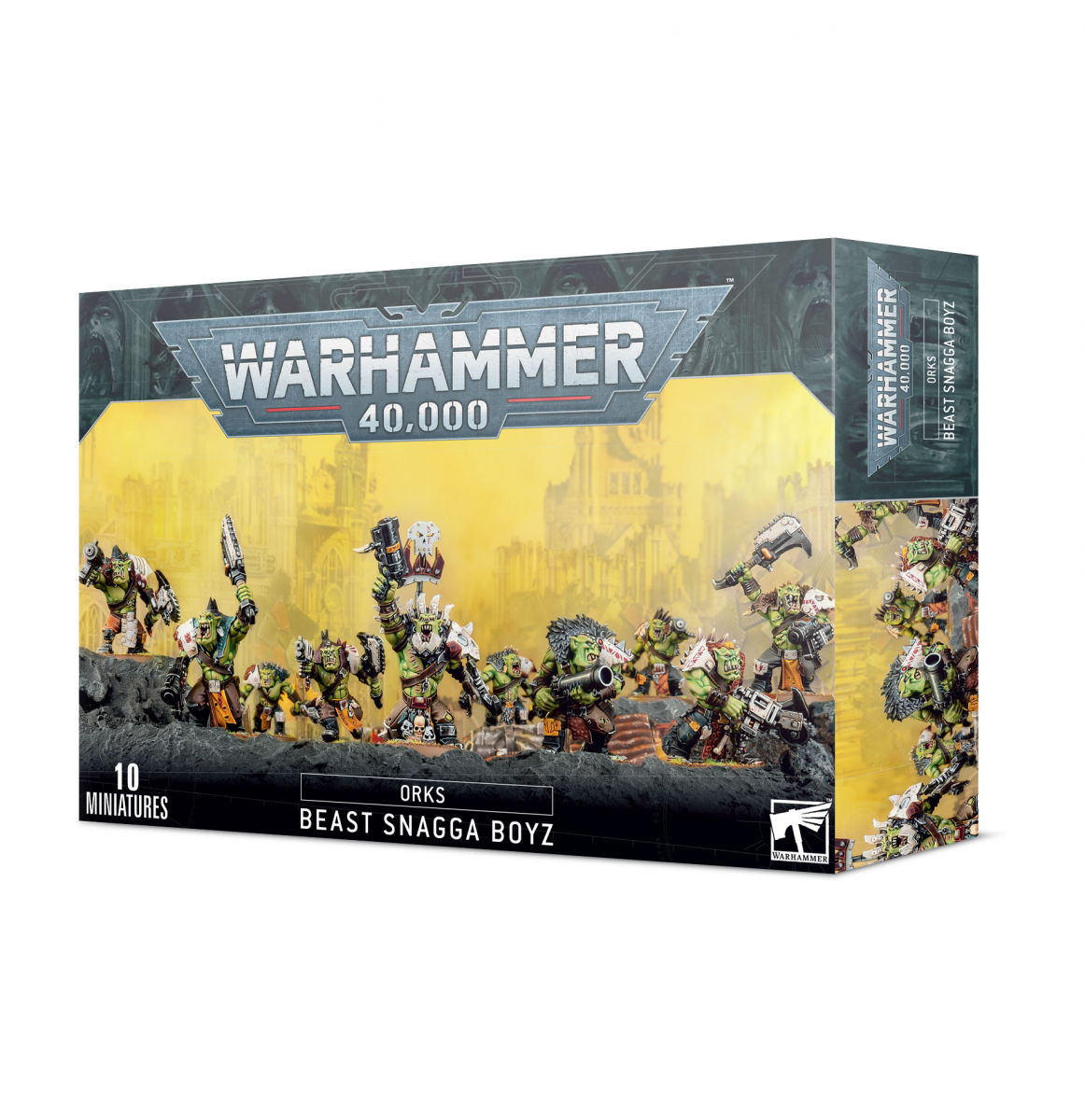 Many Orks dedicate themselves to the pursuit of one obsession over all others, which for the Beast Snaggas is the thrill of the hunt. Their gnarled and scarred appearance speaks of a lifetime spent wrangling horrific beasts and tackling the largest foes they can find, dragging down their prey before hacking them to pieces with brutal choppas. Beast Snagga Boyz take to the battlefield on foot in great roiling mobs, overwhelming enemy lines in a tide of primal, unsophisticated violence.

This kit builds 10 Beast Snagga Boyz, a strong and tough Troops choice for your Ork army. As the foot troops of the Beast Snaggas subkultur, they are perfect for advancing across the battlefield in a solid wall of muscle and belligerence, ploughing directly into your opponent's forces. The Boyz are armed with sluggas and choppas, while one may be assembled as the Nob unit leader with a power snappa. One Beast Snagga Boy also has the option of being built with a thump gun, a crude weapon firing explosive cannonball-like shells into enemy ranks.

This set comprises 87 plastic components and is supplied with 10x Citadel 32mm Round Bases and 1x Ork Transfer Sheet. These miniatures are supplied unpainted and require assembly  we recommend using Citadel Plastic Glue and Citadel paints.