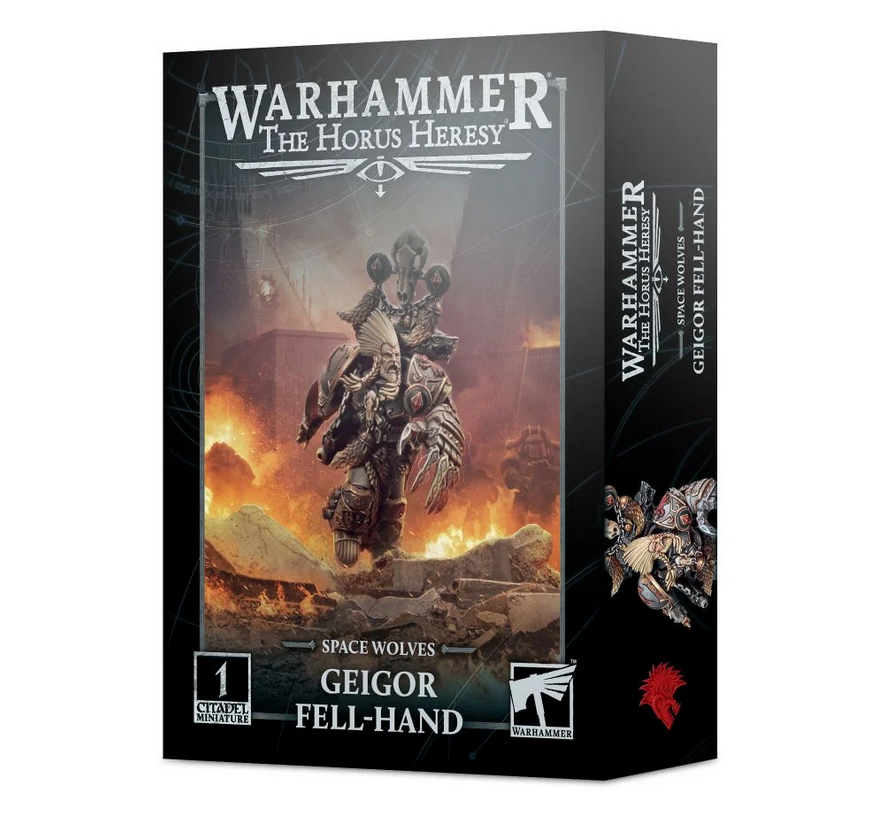 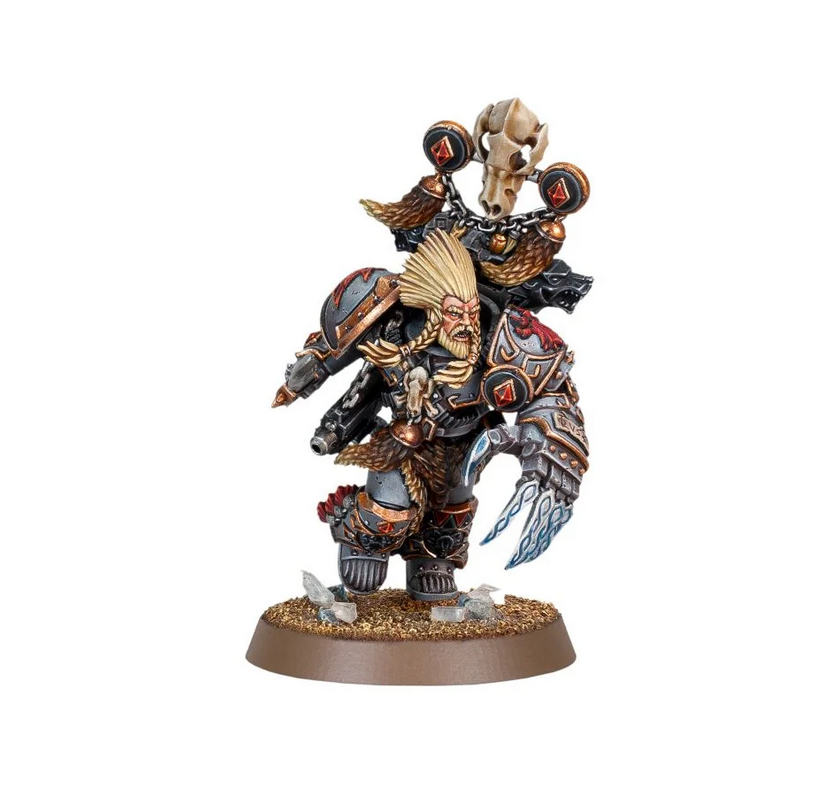 Prideful and impetuous, Geigor Fell-Hand is a Thegn of the Space Wolves with a long record of valorous deeds. Yet despite his skill and fury as a warrior, Geigor's record as a commander is marred by a number of battlefield reversals – most notably the loss of his entire war pack while fighting alongside the Thousand Sons, after his allies retreated in the face of an Ork onslaught. Geigor harboured a bitter grudge against the XV Legion for this perceived betrayal – and leapt at the chance to punish them in the Censure of Prospero.

This multipart plastic kit builds one Geigor Fell-Hand, Commander of the Broken Claw. Armed with his relic frost claw, The Fell-Hand, and decorated with the furs and knotwork characteristic of Fenris, Geigor is a devastating close combat fighter with a particular fondness for hunting down enemy leaders alongside a retinue of elite warriors. As a Thegn of the Space Wolves, Geigor is a commander to equal any other Legion's Praetors, making him an ideal choice to lead a Space Wolves army for Warhammer: The Horus Heresy when fast, brutal assaults are the best course of action.

This set comprises 12 plastic components, and is supplied with a Citadel 32mm Round Base. This miniature is supplied unpainted and requires assembly – we recommend using Citadel Plastic Glue and Citadel paints.

You will need a copy of the Warhammer: The Horus Heresy – Age of Darkness Rulebook and Liber Astartes: Loyalist Legiones Astartes Army Book to make full use of this model.