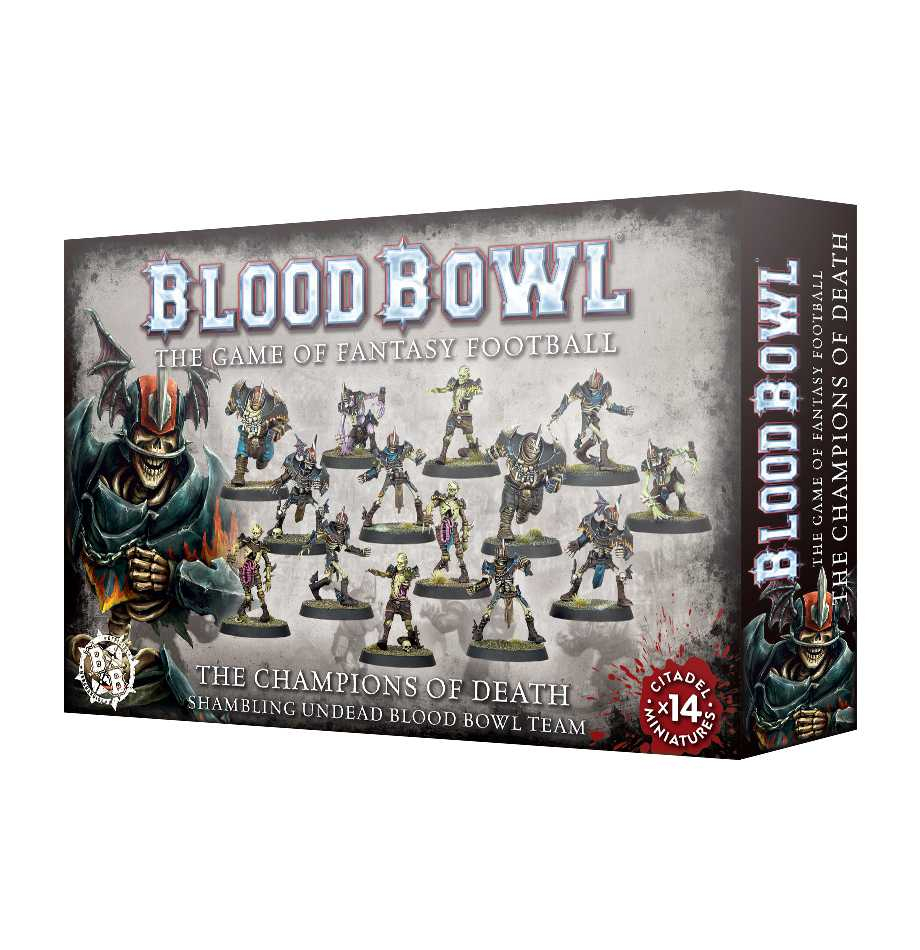 Shambling Undead teams are drawn from a mix of vicious undead creatures and former Blood Bowl players that died on the pitch and  through the art of necromancy  have been given the chance of a second career! Most famous of all the Shambling Undead teams that have graced (or stained) the pitch over the years are the mighty Champions of Death.

In addition, the set includes a Champions of Death transfer sheet, with decals that feature player numbers and the team's logo, and a sample team roster to get you started.