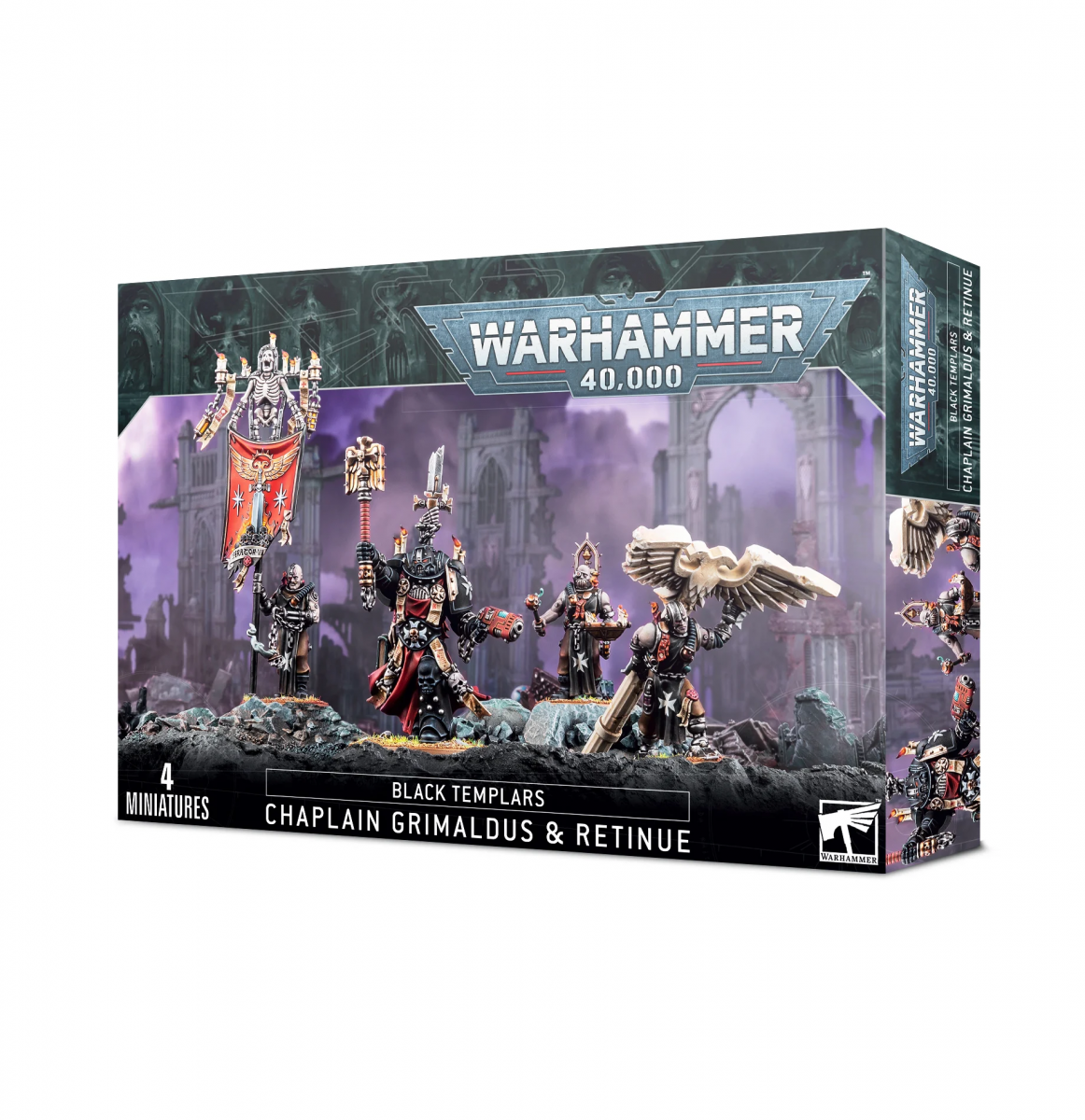 As grizzled a warrior as his Chapter has ever known, High Chaplain Grimaldus is a beacon of Imperial faith. His fortitude is such that many of his brothers believe him invincible. His will is singular, his zeal coldly furious, and his martial skill attested by the trail of broken foes laid at his heels and his legendary stand at Helsreach. His Cenobyte Servitors lurch to war at his side, bearing with them holy relics of the faith.

Armed with a plasma pistol and artificer crozius, Grimaldus strides into combat to smite enemy psykers. He is accompanied by a procession of servitors who inspire the Black Templars to ever more impressive acts of heroism and devotion to secure the Emperor's favour.

The kit is comprised of 40 plastic components, with which you can assemble one Chaplain Grimaldus and his three Cenobyte Servitors, and is supplied with one Citadel 40mm round base and three Citadel 28mm round bases. These miniatures are supplied unpainted and require assembly  we recommend using Citadel Plastic Glue and Citadel paints.