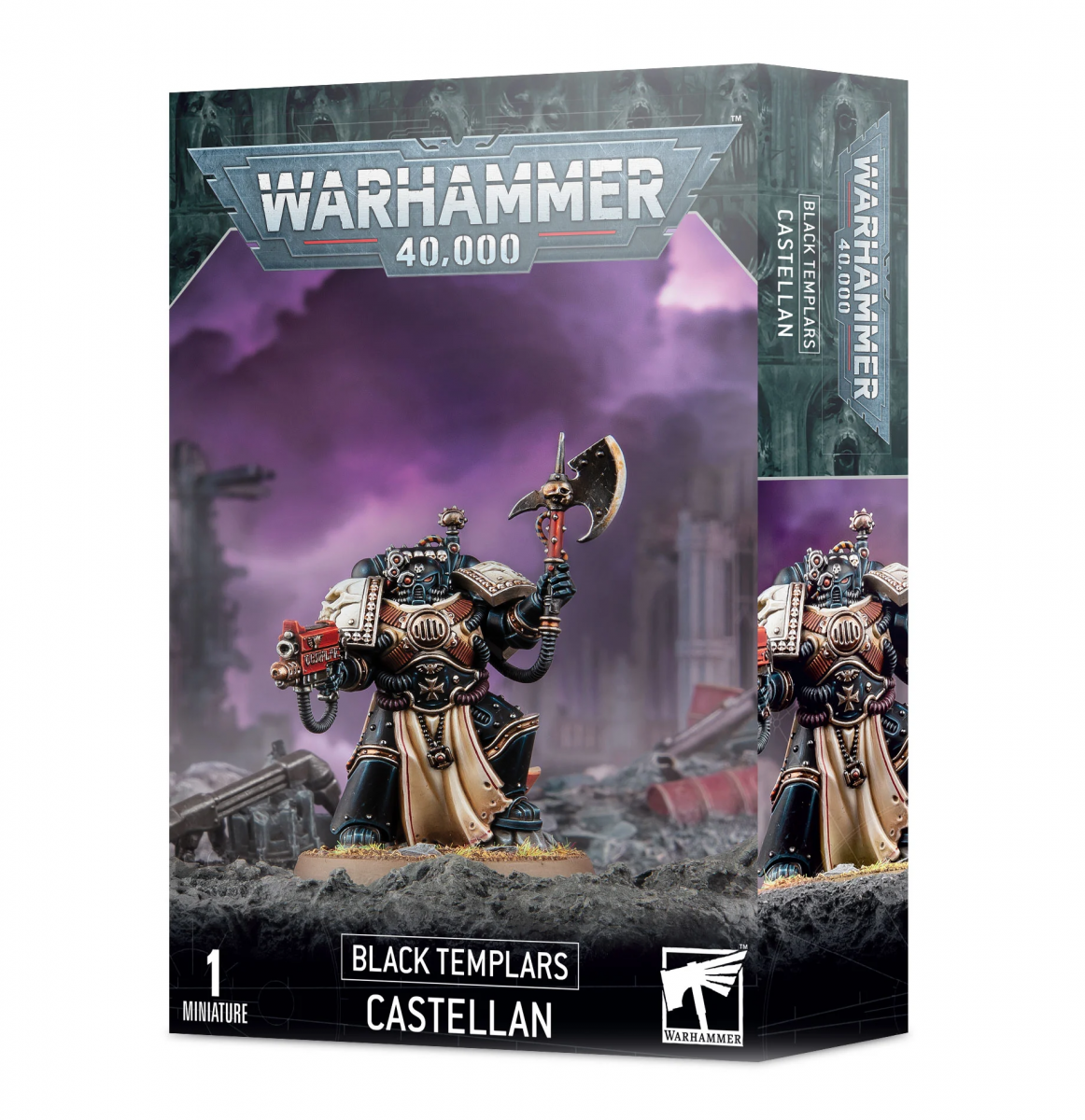 Black Templar Castellans function as Lieutenants for this esoteric successor Chapter. Acting as the right hand of their Marshal, they help direct their battle-brothers in war. By handling the squad-level combat logistics of force coordination and acting as exemplary leaders, they free up their Marshals to focus on the wider strategic picture of the entire war zone.

Based on an iconic piece of Black Templars artwork by John Blanche, this Castellan brings the firepower-enhancing effects of a lieutenant to the battlefield in a unique style. Covered with effigies of skulls, wielding a combi-flamer and master-crafted power axe, this distinctive miniature is the perfect way to add some retro flavour to your Black Templars force.

This kit is comprised of nine plastic complements, with which you can assemble one Castellan, and is supplied with one Citadel 40mm round base. This miniature is supplied unpainted and requires assembly - we recommend using Citadel Plastic Glue and Citadel paint.