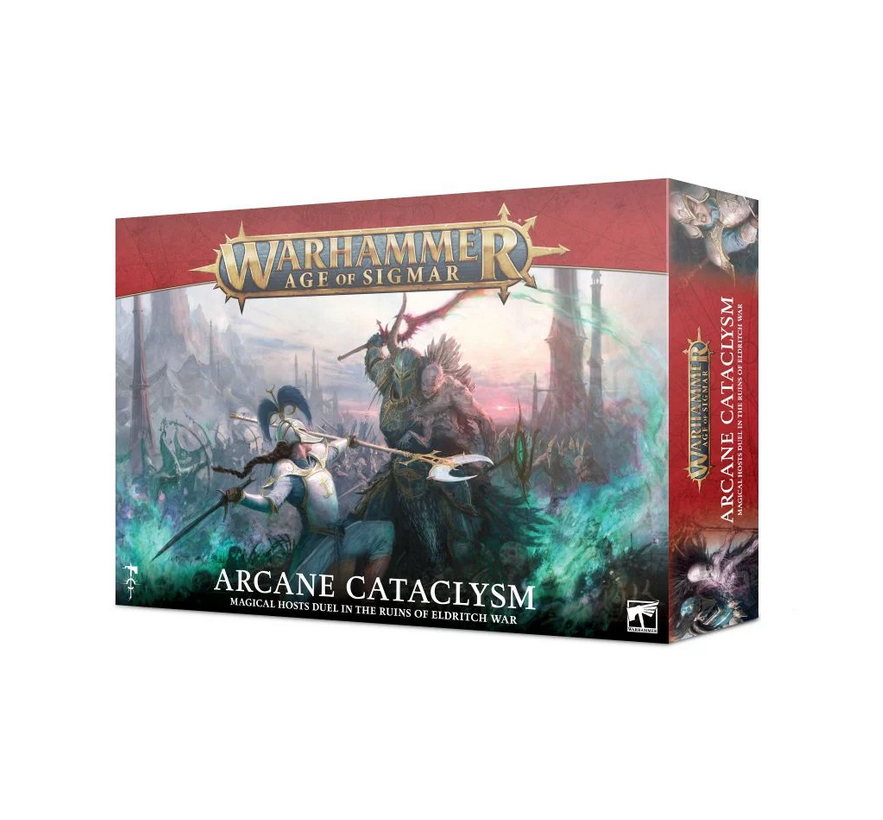 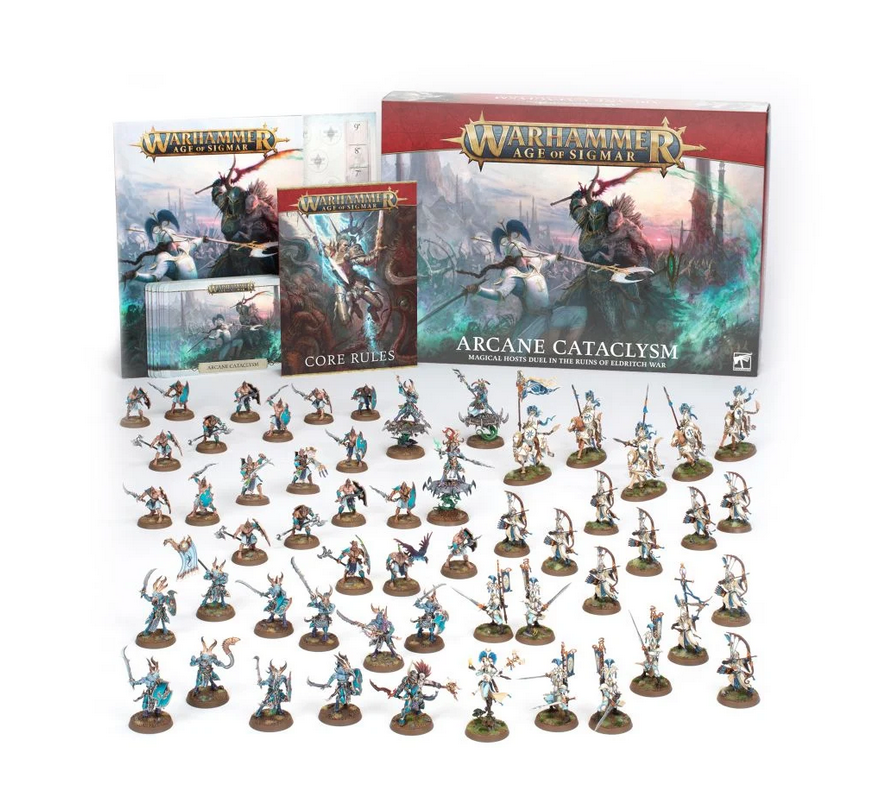 In the magic-scoured reaches of the Realm of Light, there are treasures of incredible potency buried under vitrified sand and shattered rocks. When a greed-driven expedition of Tzeentchian Arcanites seeks to pilfer the lore of a long-disappeared Lumineth seer, only the sharp eyes of a gifted Scinari mage stand between them and the secrets of geomantic magic. An arcane duel soon unfolds that will twist the strands of time itself.

Whether you are an enlightened follower of Teclis, the Mage God of the Lumineth, or a devout disciple of Tzeentch, the Lord of Sorcery, this battlebox provides a sizeable force with which to command the arcane powers of the Mortal Realms. It includes two entirely new miniatures - the Curseling, a powerful warrior-mage imbued with daemonic energy by its conjoined Tretchlet, and the Scinari Enlightener, an adept mage who wields the blinding power of light. Both armies bend the magic of the realms to their will, but the Lumineth Realm-lords pair their wisdom with regimented martial force, while the warriors of Tzeentch embrace the mutagenic power of wild magic.

Start a new force (or two) as you battle for control of the arcane powers of Hysh, or bolster your existing armies with reinforcements, including the Scinari Enlightener and the Curseling, both available for the first time in this boxed set.

In this box, you will find all the Citadel miniatures you need to play out the sorcerous conflict between the treacherous Disciples of Tzeentch and the peerless Lumineth Realm-lords. Alongside these two armies you will find a book of detailed background information on the narrative of Arcane Cataclysm, and the two factions involved. Also included are warscrolls and battleplans that allow you to start playing with your new armies immediately, as well as extra rules content such as Region of War: Arcanova Trove, Iliatha.

The above units are supplied with all the appropriate bases. These miniatures are supplied unpainted and require assembly - we recommend using Citadel Plastic Glue and Citadel Colour paints.