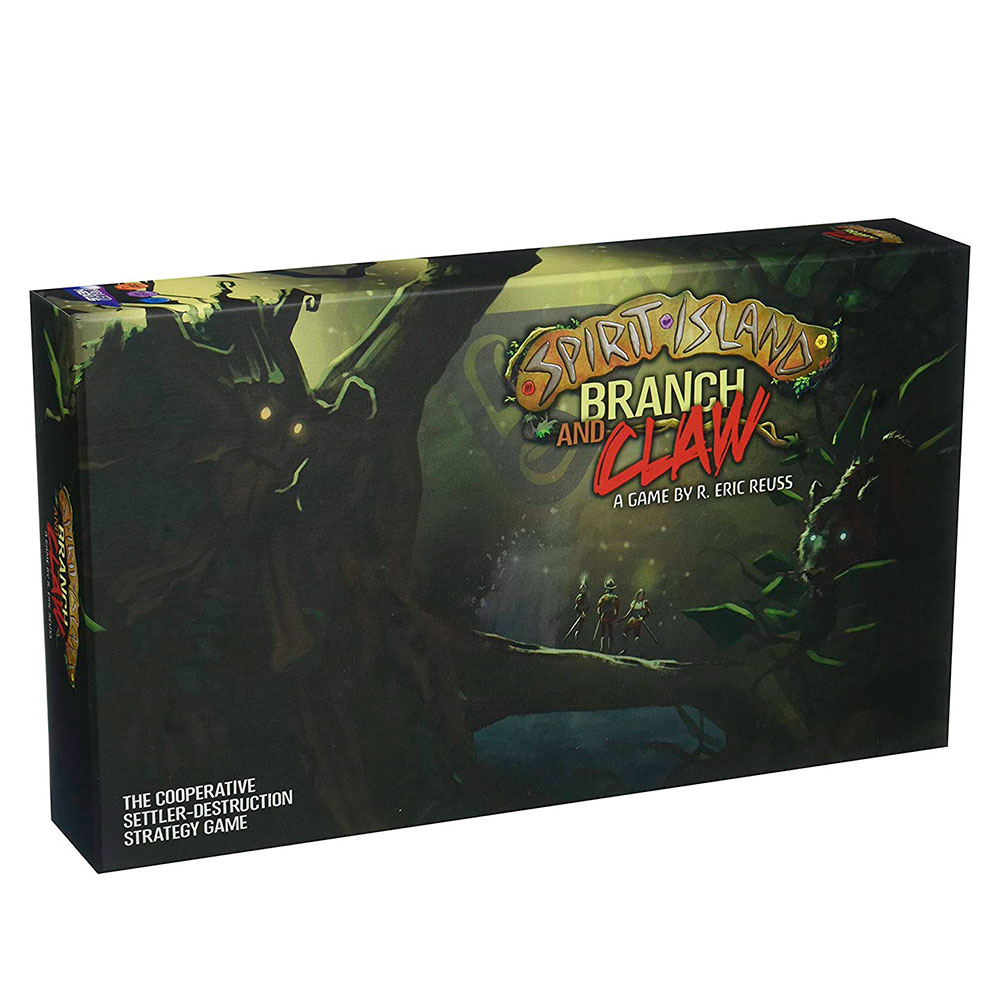 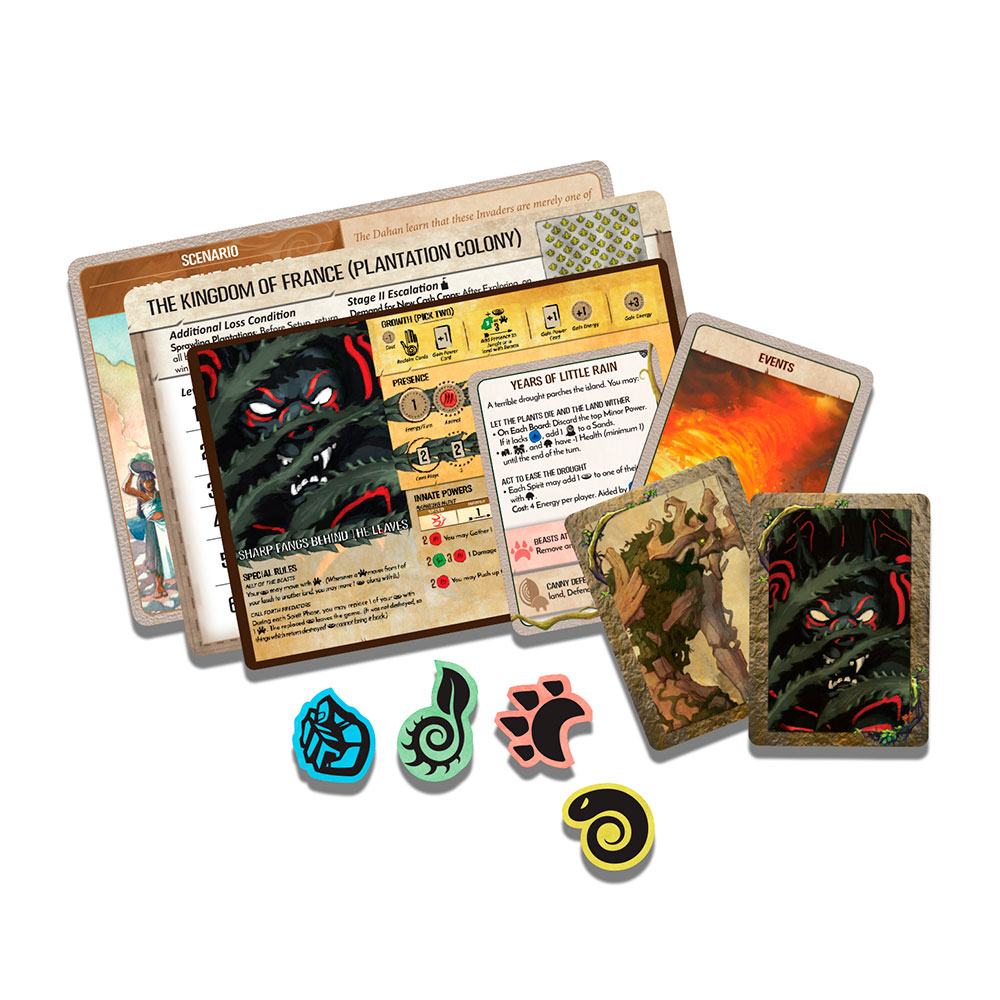 The Branch & Claw Expansion for Spirit Island, featuring two new Spirits (Sharp Fangs Behind the Leaves and Keeper of the Forbidden Wilds) and a new Adversary (France) as well as adding Events to the Invader Phase of the game!

The Event Deck has events that happen each turn, adding further variation to the game play. In addition, the expansion has Tokens that prevent the invaders from exploring, building, or ravaging or add wild Beasts to the land, a new set of powers (31 Minor and 21 Major) that use the new Tokens and expand the gameplay, 15 new Fear cards, new Blight cards, and new Scenarios.