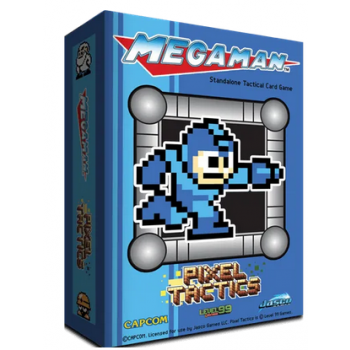 Step back into the Golden Age of Strategy Card Games with Pixel Tactics!

Recruit your heroes, build your unit, and take your forces to battle against your opponent in a light-yet-deep tactical duel!

As a leader, Mega Man can use the powers of your Rival's defeated Heroes against them!