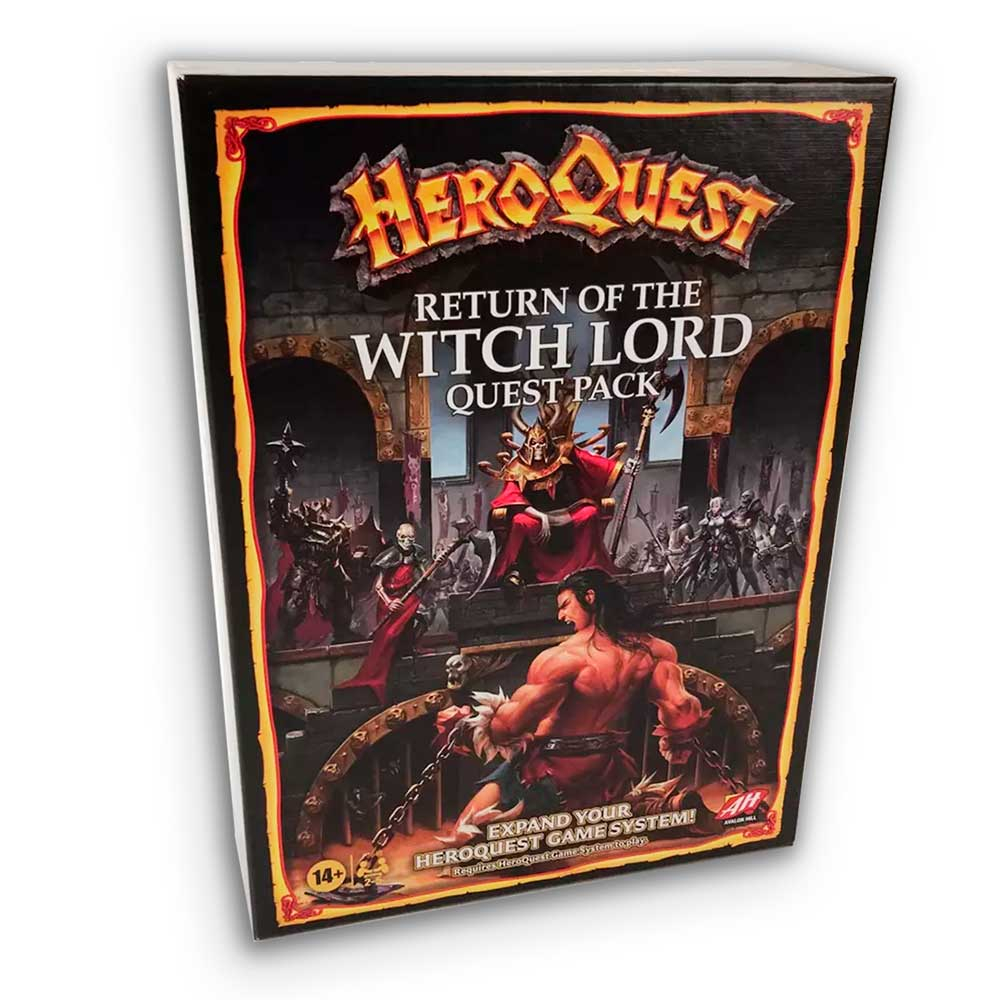 A new, slick and updated version of the classic HeroQuest expansion, "Return of the Witch Lord"!

Mentor's head hung low as he entered the room. There was a sadness in his voice when he spoke.

"Worthy companions, we must act fast. The Witch Lord is not dead! He has managed to find refuge in the fallen city of Kalos. Long ago, the city was destroyed by Morcar and given to the Witch Lord to rule. Beneath the ruins, the Witch Lord built for himself a great stronghold, for the light of day was too pure for his foul creatures to endure. Once the Witch Lord's strength has fully returned, he will gather his army of the undead and attack the Empire. Only Heroes of great courage, or those with powerful magic, dare stand against him."

A new Quest Book containing 10 new adventures that must be played in sequence!