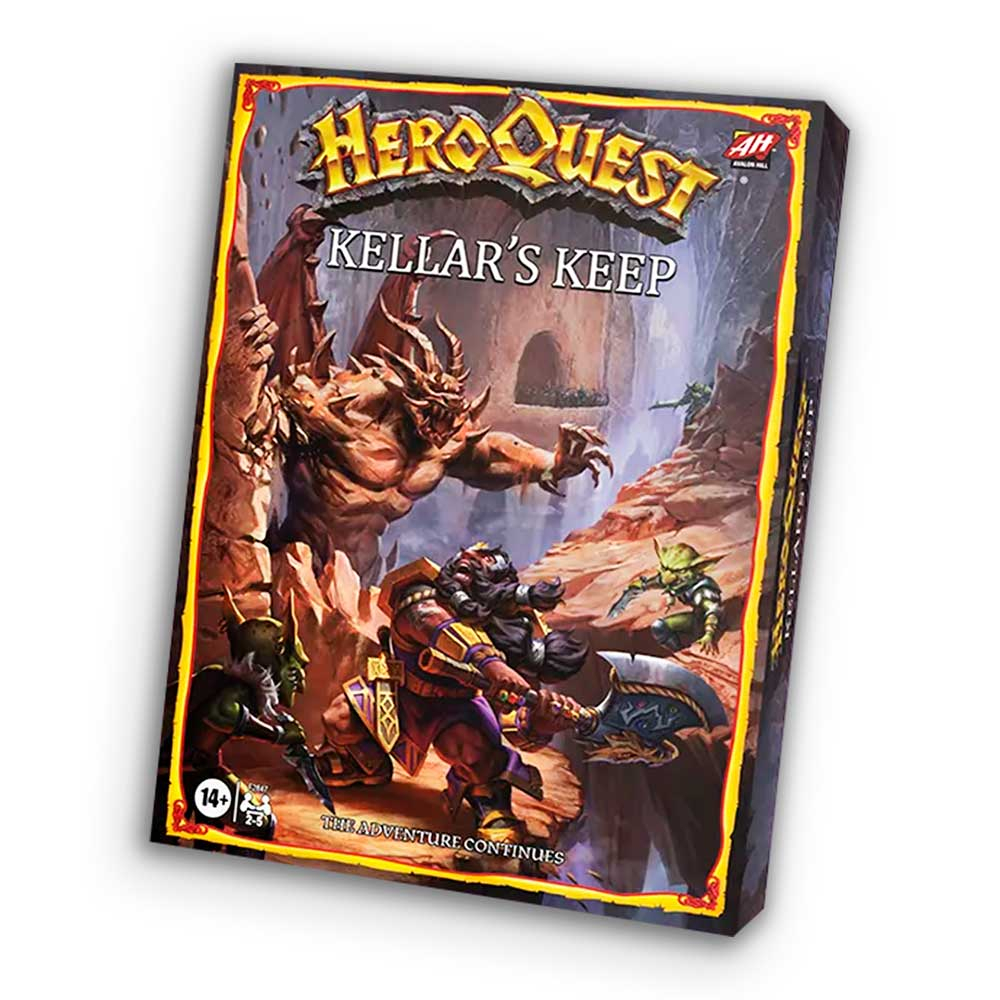 A new, slick and updated version of the classic HeroQuest expansion, "Return of the Witch Lord"!

"My friends, I have alarming news. The Emperor and his army are trapped in Kellar's Keep, the underground bastion of the fortress of Karak Varn. This great Dwarven stronghold lies deep within the heart of the World's Edge Mountains. The great book Loretome has revealed a secret passage to me that has been long forgotten. It will be your task to find this passage, known as Grin's Crag, and bring the Emperor to safety.

The fortress is well defended, but I fear that time is against us. The Emperor's army weakens with starvation while the enemy grows stronger by the day. You must find the four pieces of Grin's map, that are scattered throughout the halls, if you are to locate the path to Kellar's Keep. You must not fail, for should you do so, our cause will be lost. It is up to you, brave Heroes, to rescue the Emperor."