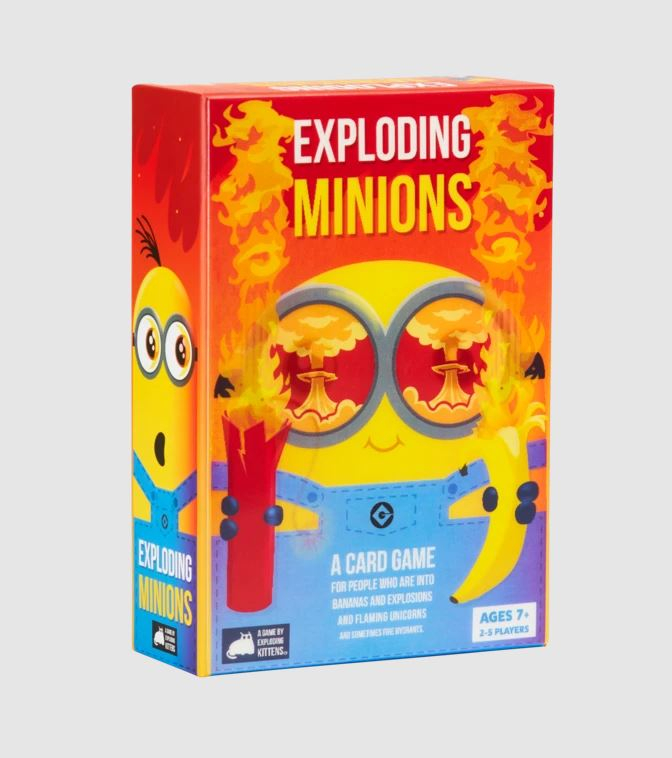 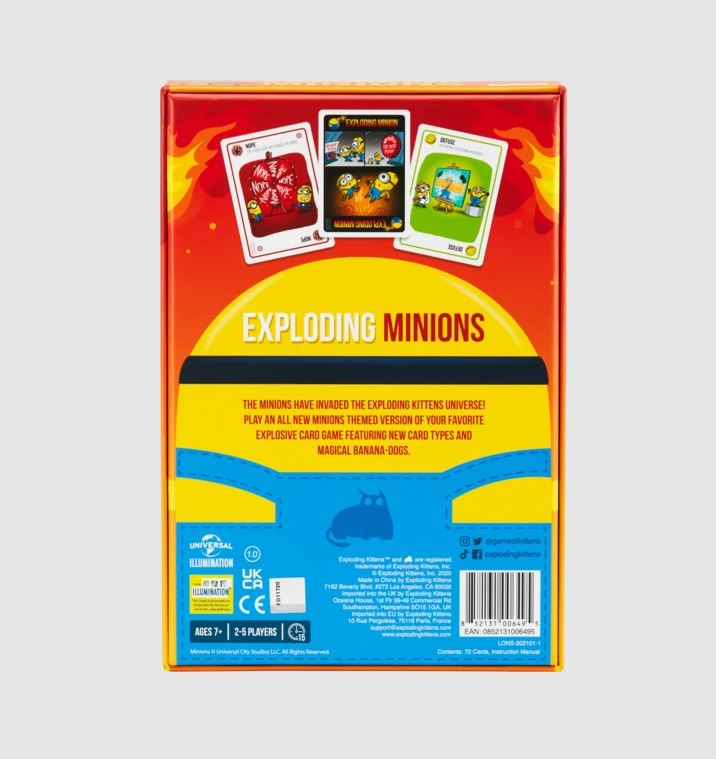 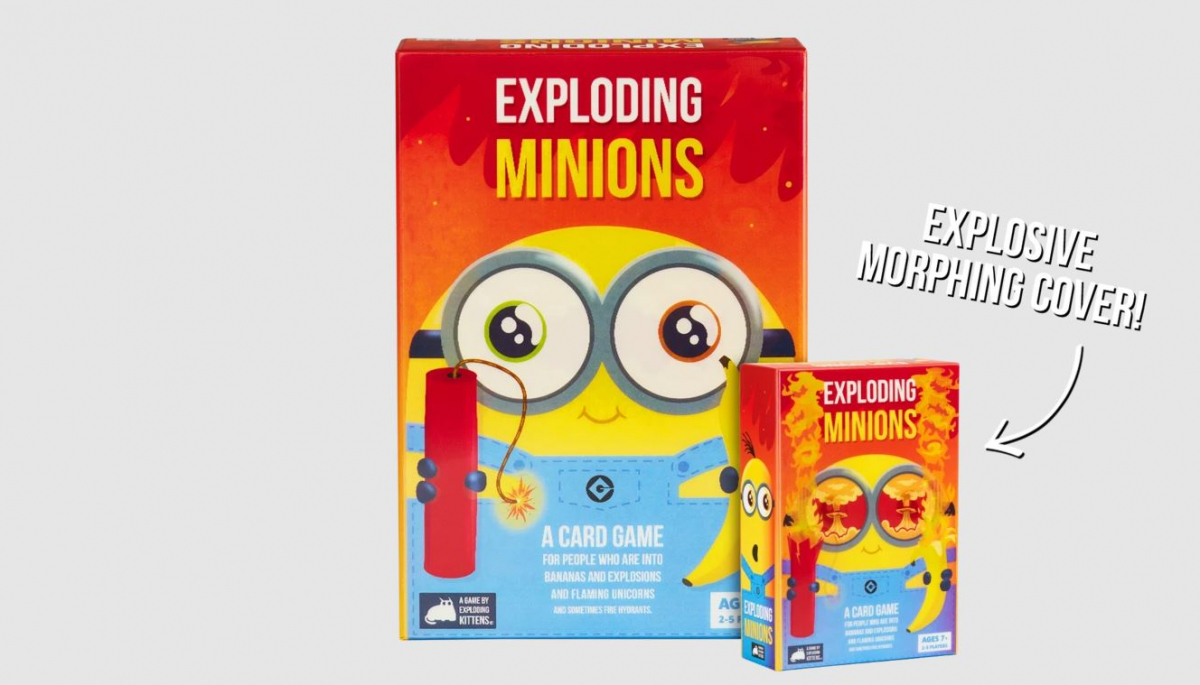 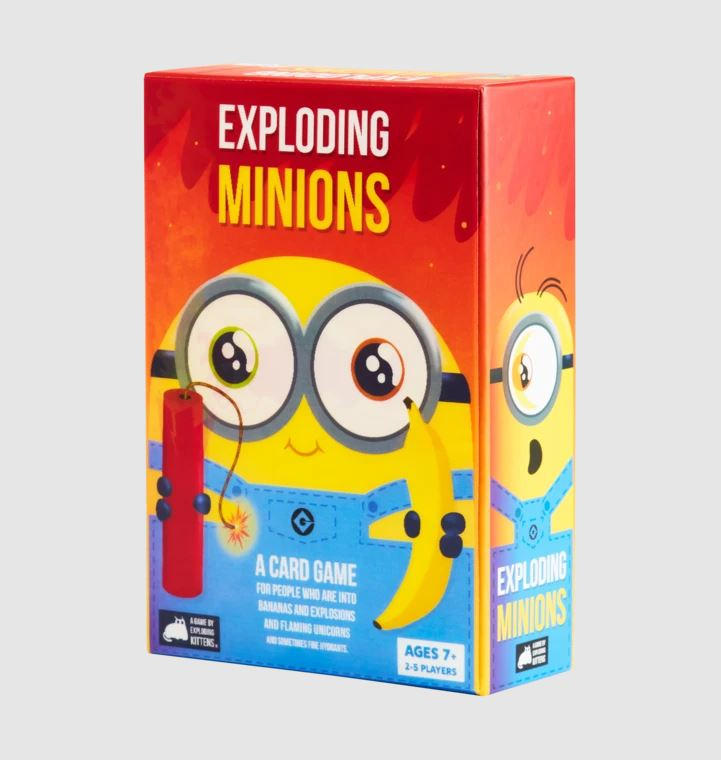 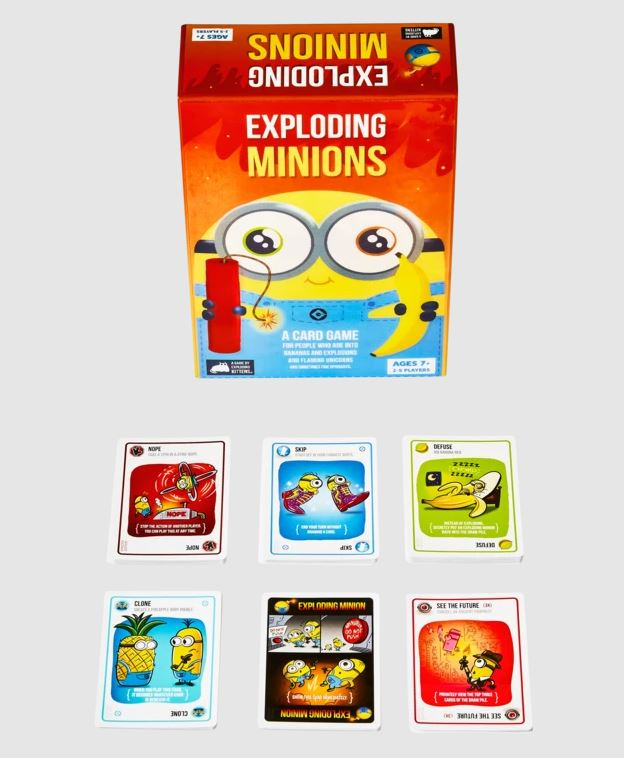 Exploding Minions mashes up the award winning card game with the worldwide hit Minions Franchise. In this highly strategic, Minion-powered card game, if you draw an Exploding Minion, you explode and you are out of the game.

All the other cards in the deck help you avoid drawing an Exploding Minion. Or you can defuse Exploding Minions by distracting them with things like passionate karaoke, unlimited ice cream scoops, noise-cancelling headphones, or a banana bed.

The Minions bring a new game-changing card with them that allows players to Clone cards!

All new hilarious Minions illustrations from the creator of The Oatmeal.
Featuring characters you know and love from the hit Minions Franchise.
Family friendly game that is easy to learn and quick to play.
Includes 72 cards in a box with a cool lenticular design, and instructions.