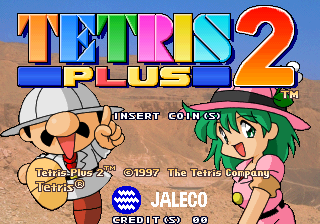 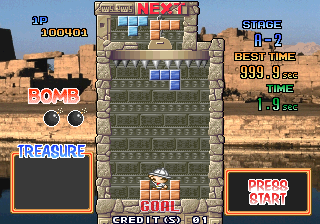 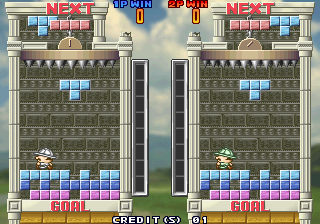 Tetris Plus 2 was produced by Jaleco in 1997. Jaleco released 98 different machines in our database under this trade name, starting in 19. Other machines made by Jaleco during the time period Tetris Plus 2 was produced include Over Rev, Junior Grand Prix Star II, Brand New Stars, VJ Visual , Idol Janshi Shu-Chi-Pie III, Second Earth Gratia, Ryusei Jakushi Kirara Star, Skating Shot, Gratia, and Super GT 24. A puzzle game where you arrange the bricks to make horizontal rows of bricks so an explorer can get to the exit.